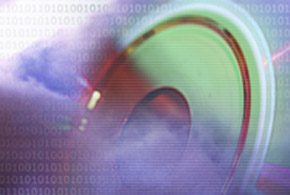 Cloud backup and storage services specialist SugarSync announced the beta launch of SugarSync 2.0, a redesigned service that lets users access, sync and share files and folders across all computers and mobile devices.

SugarSync 2.0 also introduces the SugarSync Drive capability, where users can see their entire SugarSync Cloud in their file system. The interface also features drag-and-drop sharing and the ability to post files to popular social media sites like Facebook, Twitter and others.

With SugarSync 2.0 the company has also added search functions, so users can search all folders and all data on all their computers and devices, as well as search the content that other people have shared with the user’s account. New users get 5GB of storage for free, and can earn up to 32GB by referring other free users; they get 500MB for each new free user referred.

Users can earn unlimited free storage by referring paid users, as SugarSync offers 10GB of additional storage, with no limit, for each new paid subscriber a user refers.

The adoption of personal cloud services for file access, sync and sharing has accelerated in the past two years, according to a July 2012 study conducted by Forrester Consulting on behalf of SugarSync. In 2010, 9 percent of U.S. online adults were using file, media and information syncing services, and by 2012, 15 percent were using a file storage service for syncing and/or Web access, which is a two-thirds increase in just two years, the study found.

“As more nontechnical users incorporate the cloud into their everyday life, we’ve made a point to work with our customers and understand what they really need. As a result, we went back to the drawing board and redesigned SugarSync from the ground up,” SugarSync CEO Laura Yecies said in a statement. “And while we have drastically simplified the use of the cloud with SugarSync 2.0, we have kept all the unique power and functionality our existing users love–while also introducing even more powerful new features, such as more flexible sharing and integrated search that users have been requesting, as well as an industry-first cloud drive called ‘SugarSync Drive’ that enables access to cloud data right from your file system.”