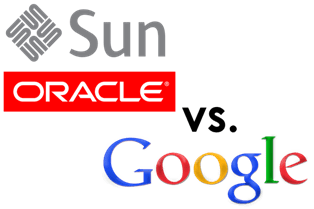 Jurors at the federal courthouse in San Francisco were shown something Rubin wrote in an email some 10 years ago, and it may end up impacting the trial in a big way.

Rubin, Google’s former Android development team leader, was confronted with a pile of internal company documents that appeared to disprove Google’s claims that it could integrate parts of the open-source Java programming language into Android without a license—a license held first by Sun Microsystems, then by Oracle starting in 2010.

One specific email from Rubin could end up being a smoking gun. Oracle lawyers found a message from 2006 in which Rubin wrote that the Java application programming interfaces (APIs) were copyrighted by Sun. APIs are specifications that allow applications to communicate with each other to accomplish a task.

Email Could Become a Smoking Gun

Rubin’s email reads, as first reported by Vice Motherboard Contributing Editor Sarah Jeong on Twitter: “Ha, Wish them luck. Java lang apis are copyrighted. And Sun gets to say who they license the JCK [Java Compatibility Kit] to.”

A key fact that also plays an important role in this case is that Google starting using Java APIs in the development of Android three years before Oracle took ownership of the programming language, which is used extensively throughout the Internet and is embedded in virtually every connected device in the world.

Sun open-sourced Java in 2006, making its elements—including its APIs—open for so-called “fair use” by any developer on Earth, provided the developers contribute back to the Java community any value they gained from the technology. Some Java APIs, however, were developed by outsiders and are a questionable part of the Java package if they have not been contributed back into open source community libraries.

However, Sun and Google never made an agreement on either the “fair use” or licensing of Java in Google’s development before Oracle bought Sun on Jan. 27, 2010, and took over as Java’s community headquarters.

Trial Is All About Fair Use

Oracle tightened the licensing of Java after it took ownership in 2010; the question the court will have to answer is whether Google used the APIs within the “fair use” guidelines of the U.S. Copyright Act.

Oracle is asking the court for $9.3 billion in copyright damages and lost revenue. Oracle figures that Google has profited in the neighborhood of $42 billion from Android over a span of seven years.

During the trial May 12, Rubin acknowledged he had no idea how his engineers copied Java code into a product that has generated billions of dollars in revenue for Google. Asked that question after repeatedly insisting Android was developed in a “clean room,” without an infusion of outside tech expertise, Rubin responded: “I don’t know. I have no idea.”

Rubin in earlier testimony under Google questioning had said he believed the company was entitled to freely use Java in developing Android prior to the operating system’s first release in November 2007.

However, Oracle on May 12 produced contradictory evidence under cross-examination by attorney Annett Hurst of Orrick, Herrington & Sutcliffe. Specifically, Rubin was shown internal Google email exchanges in which the need to secure a license for Java from Sun Microsystems was discussed, as was the threat of litigation if Google secretly copied the APIs and relied upon them in Android.

Shown a 2010 email from one key engineer familiar with Java’s API libraries who stated that “We need to negotiate a license for Java,” Hurst asked Rubin: “This was not the first time you heard somebody tell you you needed a license for Java, was it?”

“I don’t think this counts as a time I (was told) I needed a license,” Rubin responded.

In another 2006 email presented to the jury, Rubin wrote: “Java lang APIs are copyrighted.” At another point in 2007, reflecting internal knowledge of Sun’s concerns about Google’s reliance on Java without a license, Rubin wrote: “They won’t be happy when we release our stuff.”

Google launched Android in November 2007, and the system has since generated $42 billion in revenue—at Oracle’s expense, the database maker contends. In confronting Rubin, Hurst also revealed other emails backing Oracle’s contention that Android may never have materialized without copying Java’s core technology.

One engineer who had been asked by Google co-founders Larry Page and Sergei Brin to explore alternatives to Java in 2010 responded by saying, “We’ve been over a bunch of these and think they all suck.”