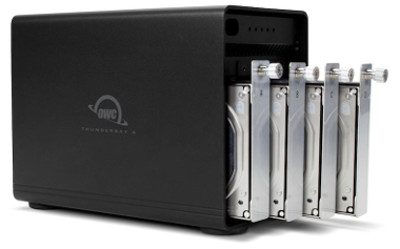 Other World Computing, also known as Macsales.com and which prides itself on being a zero emissions Mac and PC product company, will introduce and demonstrate a new line of Thunderbolt 3-integrated devices at the Consumer Electronics Show in Las Vegas, set for several locations during the week of Jan. 8.

OWC’s management team and founder/CEO Larry O’Connor will attend the CES Unveiled event Jan. 7, and the products will be displayed in OWC’s hospitality suite located in the Palazzo Hotel throughout the show.

The new products will launch officially on Jan. 8. The distributor claims that the new Thunderbolt 3 products are some of the highest-performing examples of Thunderbolt 3 technology ever produced.

Products launching at CES include:

OWC will celebrate its 30-year anniversary in 2018, a milestone that is rare for a privately-held technology company. O’Connor started the company while still in school, only four years after the launch of the original Macintosh. He honed his focus when he realized he could help other Mac users make their machines better and faster and last longer by offering processor, storage and memory products so they could do their own upgrades.