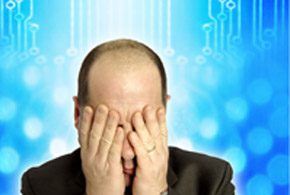 Amazon has applied to the Internet Corporation for Assigned Names and Numbers (ICANN) to control 76 generic top-level domains (gLTDs)—the suffixes that follow a Web address—and the move has more-established publishing industry players furious.

Among the gLTDs Amazon is hoping to own are .book, .read, .author and .mobile, Cnet pointed out last summer, adding that Google has applied for ownership of 101 gLTDs, 23 of them the same that Amazon would like, such as .cloud. (Google’s more general land-grab is clear in its request for domains like .dog, .baby and .kid.) Microsoft has applied for 11 gLTDs.

The Authors Guild and the Association of American Publishers are now objecting to Amazon’s requests, The Wall Street Journal reported March 10, saying that giving Amazon ownership of generic addresses such as .book would hurt competition in an already-struggling industry.

Allen Adler, general counsel and vice president for government affairs with the Association of American Publishers, said in a March 7 letter to ICANN that allowing a private company to control the gTLDs would “defeat the purposes” for which the new gTLDs had been proposed nearly six years ago.

The effort has been driven by “the potential to promote competition in the provision of registry services, to add to consumer choice, market differentiation, and geographical and service-provider diversity,” and the belief that expanding the domain name space “will give end-users more choice about the nature of their presence on the Internet.”

Yet it seems highly unlikely, if not impossible, that such benefits will be realized if applications for closed registries for generic gTLDs—like the one submitted by Amazon … for the proposed new gTLD “.book”—are granted.

Barnes and Noble has said that if Amazon were to have control of the generic “book” TLDs—most notably .book, .read and .author—it would have “disastrous consequences” for booksellers, the American public and Internet users worldwide.

Eugene DeFelice, vice president, general counsel and corporate secretary for Barnes and Noble, and Bradley Feuer, the company’s vice president and assistant general counsel, pointed out in a March 1 letter to ICANN that Amazon already controls about 60 percent of the ebook market and 25 percent of the physical book market. To give it control of the TLDs would “stifle competition in the bookselling and publishing industries, which are critical to the future of copyrighted expression in the United States.”

Part of what has contributed to the vibrant growth of the Internet is the ability of consumers to transcend physical boundaries to share information and find economic opportunity worldwide. People and companies have freely registered domain names in TLDs of their choice [such as .org]. This has been critical to the success of the Internet. The potential acquisition by Amazon of the book TLDs threatens this balance.

ICANN announced Feb. 5 that it was accepting submissions from new gTLD applicants. On March 5, the submissions became available for public review and comment. In addition to Amazon, eight other companies requested ownership of .book. Only Amazon also asked for .read and .author.