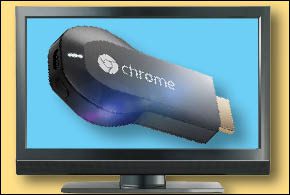 In a move that could de-escalate some of the growing tension between the two companies, Amazon has decided to once again start selling Google’s Chromecast video streaming device two years after removing it from the online retailing site.

The move comes just days after Google said it would block users of Amazon’s Fire TV starting from accessing YouTube starting Jan. 1, after already taking the same measure for users of Amazon Echo Show in September.

Google had described the planned move as a response to Amazon’s continued refusal to carry products such as Chromecast, Google Home and its Nest line of smart home products. Amazon also has not made its Prime Video service available to users of Google Cast, the company had noted.

In response, Amazon said it would work with Google to try and resolve the issue while expressing disappointment at the latter’s decision to block consumer access to an open website.

An Amazon spokeswoman on Friday confirmed the company’s decision to once again carry Chromecast and also Apple TV, which it had dropped two years ago as well, but didn’t provide any further details.

Nor did a Google spokesman get into the specifics about what led up to Amazon’s decision, but hinted the two sides had made some progress in resolving the various issues between them. “We are in productive discussions with Amazon to reach an agreement for the benefit of our mutual customers. We hope we can reach an agreement to resolve these issues soon.”

Google’s decision to block YouTube access to Amazon device users–and Amazon’s apparent role in precipitating the move—has caused considerable consternation among consumers. Many have likened the dispute to a childish tantrum by two of the largest tech companies in the world that only hurts consumers.

FCC chairman Ajit Pai this week cited the spat as an example of how some technology giants who have opposed the repeal of net neutrality protections, are actually pose the biggest threat to an open Internet.

“How does a company expressly block access to websites on rival devices?” Pai said in prepared comments defending the FCC’s Dec. 14 rollback of net neutrality provisions.

Pai did not directly name Google or any other vendor when in this statement or in several other examples of what he described as behavior completely inconsistent with their stance on net neutrality. “Some giant Silicon Valley platforms favor imposing heavy-handed regulations on other parts of the Internet ecosystem. But all too often, they don’t practice what they preach,” he said.

Tech companies control a lot of the news, search results and products that people get to see, and not see, with little oversight. Pai said. Many thrive on a business model that charges businesses to place content in front of people. “What else is “Accelerated Mobile Pages” or promoted tweets but prioritization?” he noted in his comments.

Accelerated Mobile Pages (AMP) is a Google initiative that essentially forces publishers and content producers to adopt certain prescribed requirements for their mobile web pages or risk being demoted in search results.

Moves such as blocking access to websites on a rival’s devices are being made without any transparency into the thinking that went behind the process, Pai said. “You don’t have any insight into any of these decisions, and neither do I. Yet these are very real, actual threats to an open Internet—coming from the very entities that claim to support it.”