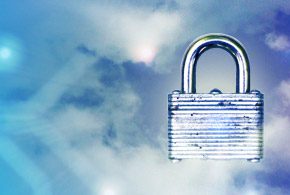 Internet giants like Google and Facebook that have made their fortunes in the targeted advertising space could soon face powerful new rivals.

Congress this week is considering a resolution to roll back a Federal Communications Commission (FCC) rule that would have prohibited wireless internet carriers such as Verizon and AT&T from selling data on their customers’ entire online activities to third parties for advertising purposes.

The FCC rule was passed last year during the Obama Administration, but has not yet been implemented.

Senate lawmakers last week passed a Congressional Review Action (CRA) resolution sponsored by Sen. Jeff Flake (R-AZ) to repeal the FCC bill. House lawmakers are scheduled to vote on it Tuesday. Flake, and others in favor of the resolution have described the FCC bill as putting unfair restrictions on ISPs and one that would stifle innovation in the Internet ecosystem in the long term.

Companies like Google and Facebook, which are governed by Federal Trade Commission rules, do not have similar restrictions currently on tracking or selling data about a user’s online browsing activities to third parties.

If the CRA resolution is approved, Internet Service Providers (ISPs) will be free to sell data they collect about the online habits of their customers to advertisers who would then use it deliver targeted advertisements. The resolution would also prevent future laws from being passed that would limit such data collection and selling.

Numerous consumer groups and even small ISPs have expressed concern over the development and said that any move, which would give ISPs free rein to sell browsing data, would have disastrous consequences for consumer privacy.

“We are one vote away from a world where your ISP can track your every move online and sell that information to the highest bidder,” rights advocacy group Electronic Frontier Foundation said prior to Tuesday’s scheduled House vote.

Jeffery Chester, executive director at the Center for Digital Democracy described the proposed roll back of the FCC rules as a development that would expose American citizens “to ongoing commercial surveillance of their most personal information.”

Any move that would give major ISPs the freedom to sell online browsing and other customer data for targeted advertising purposes could have implications for the likes of Google and Facebook as well.

Google’s for instance derives a lot of its revenue from its ability to track what people search for, browse and do online and selling that information to advertisers.

“There has been an ongoing war between service providers and Google to grab a larger piece of the advertising pie,” said Alex Chiavegato, vice president of Marfeel, a mobile advertising company.  “Companies like Google and Facebook have a wealth of user data that help with developing successful advertising campaigns, targeted to the user.”

Any move that eliminates restrictions on Internet service providers from doing the same will help operators like Verizon and AT&T enormously. Verizon’s planned purchase of Yahoo and its previous acquisition of AOL for instance, put the company in a good position to compete for targeted advertising dollars with Google.

One of the big concerns is that ISPs will be able to collect a lot more data about a user’s online activities than companies such Google.  In a blog, the Open Technology Institute highlighted some of the information that an ISP would have access to and be able to sell to advertisers, if restrictions are lifted.

They include information such as a history of every website and applications that a consumer might have visited and used, the location, time and destination or origin of all online activity and communications including text messages, every person someone might exchange messages with and how often. Also up for grabs would be information such as consumer’s video on demand history and their preferences and the precise location of a consumer’s connected devices all the time.

“From their position as gatekeepers to the Internet, ISPs have a uniquely detailed and comprehensive view of all of subscribers’ unencrypted online communications, personal habits, and daily lives,” the Institute had warned last year in a separate post. “Subscribers have no choice but to share this information,” if they want Internet access, it had noted.

How successful ISPs will be in using such data to compete against Google remains an open question. “The impact on Google can be seen in two ways,” Chiavegato said. “On one hand, the telcos will need to gain the perfect knowledge on how to advertise like Google or Facebook,” he said.

On the other hand brands and websites that are currently spending their advertising dollars with Google and Facebook may not be eager to have telcos in the mix, he said.  “Telcos will have to offer a significant edge in terms of revenue versus Google or they will be blocked,” Chiavegato predicted.