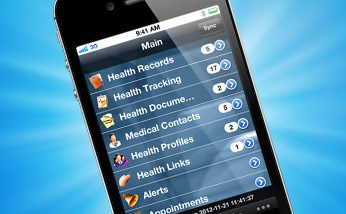 Websites such as Medscape, where doctors access professional content, received 81 percent of physician visits, according to ComScore, which along with performance measurement and analytics firm Symphony Solutions surveyed 1,000 U.S. physicians in the first quarter of 2012 on their online behavior.

Although the smallest number of physicians accessed EHR Websites, those who did visited the sites more often than other types of health sites. Doctors spent an average of 18 minutes on EHR sites, compared with an average of 10.2 minutes on pharmaceutical support sites, ComScore reported.

Health care organizations need to adopt a more formal social media strategy according to the recent white paper “Should Healthcare Organizations Use Social Media?” by IT services provider CSC.

Doctors are held back from accessing sites such as Facebook and Twitter to communicate with patients due to concerns about violating the Health Insurance Portability and Accountability Act (HIPAA), but they use Facebook and Twitter for general health education and marketing, Caitlin Y. Lorincz, research analyst for CSC’s Global Institute for Emerging Healthcare Practices, told eWEEK in April.

ComScore also released data on the use of mobile devices by physicians. More than half of doctors ComScore interviewed were interested in using mobile phones and tablets at work, as the bring your own device trend in health care continues to gain momentum.

“It has never been easier for physicians to access health information digitally in the workplace, which makes it important for health marketers to understand exactly how and when doctors are using online tools to do their work more efficiently,” John Mangano, vice president for ComScore health and pharmaceutical solutions, said in a statement. “With the health industry placing more emphasis on the potential of mobile platforms, marketers must also educate themselves on how physicians are currently integrating—or plan to integrate—smartphones and tablets into their digital work habits.”

Physicians are accessing more EHRs on tablets rather than phones, according to the ComScore report.

“While mobile phones have already emerged as a means for doctors to look up medical information quickly and efficiently, tablet use is ramping up quickly and shows significant promise to serve as a substitute for computers in handling more involved tasks like recordkeeping,” added Mangano.

Still, a January 2012 report by Spyglass Consulting Group had revealed a lack of optimized applications for the Apple iPad.

In June 2012, ComScore surveyed 315 U.S. doctors who own mobile devices and found that 60 percent used mobile devices daily. By a slightly higher number, more specialists used smartphones and tablets at work than primary care physicians, according to ComScore.