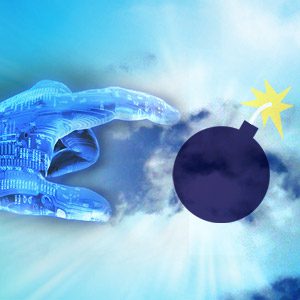 Market disruption led by technology innovation is a mantra repeated with religious fervor among the techies and the venture capitalists of Silicon Valley.

With the right business plan, bravado and technology underpinnings you can turn your spare room into a hotel (AirBnB), your car into a cab (Uber) and your Internet service into a movie theater (Netflix).

However, Clayton Christensen, the Harvard Business School professor and founder of the theory of disruptive innovation, was recently dinged by Jill Lepore, a Harvard history professor and New Yorker writer, in an article bringing into question whether the disruption game is really all it is cracked up to be.

Set aside for the moment that Harvard University and other colleges around the world are under a MOOC (massive open online course)-fueled disruption of its own or that subscribers to the print edition of the New Yorker (like me) are considered the Dodo birds of the digital age. The argument about the validity of the disruption factor is worth pursuing.

The PowerPoint claiming, “We are a business disrupter,” has replaced the chasm-crossing, shark-jumping claims that were a mandatory part of every slideshow deck for any new Internet startup presentation to venture capitalists. Lately, however, the champions of disruption have been running into the regulatory agencies whose job often turns out to be supporting the established companies undergoing disruption.

The most recent case in point is Aereo, the company that used tiny antennas to create an end run around the cozy and profitable relationship between broadcasters and cable companies. The Supreme Court found the end run really meant Aereo was a re-broadcaster without the burden of paying for broadcast rights. After the ruling, Aereo said it was hitting the pause button while it tries to figure out if it still has a business or not.

The car-sharing service Uber has had more luck taking on the taxi industry in a city-by-city long legal march. Some cities rule it is OK for Uber. However, some cities (including that free-wheeling liberal hotbed Cambridge, Mass.) have come down against Uber.

While the taxi industry uses safety, insurance and driver checks as the reason why Uber should be banished, I suspect it is really more about the risk to the value of taxi medallions that is at the heart of the issue.

In any case, Uber is the disrupter while the municipal taxi commissions along with local and state legislators are the regulators. Unlike the broadcast industry, which is centered around a few giant companies, the fragmented nature of the taxi business means the battle is fought city by city.

You can read Lepore’s New Yorker article which attempts to punch holes in Christensen’s disruption theory by arguing his examples are handpicked and in many cases the companies supposedly upended by disruption continued to thrive. Christensen responded that Lepore didn’t understand disruption in either theory or practice. If it all sounds like two academics arguing, you are right.

Lepore’s argument and the others supporting her stance make sense when you consider that disruption, even disruption utilizing the coolest technology, doesn’t happen in a vacuum. Disruption takes place in the real world of governments, regulation and companies that are intent on holding onto their markets.

Learning to live in the wider world than Silicon Valley, where all disruption succeeds supposedly because it should, is a lesson that startups and venture capitalists need to remember. Aereo has learned that lesson.

Uber and AirBnB are learning it and technology-based startups that are expecting hockey stick growth should keep in mind that there is a horizontal blade of the hockey stick that has to be traversed before the vertical rise comes into play.