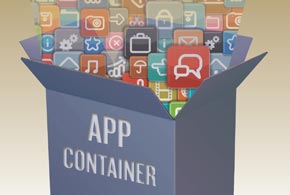 Google this week announced general availability of a development tool that it says will allow organizations to more easily build container images regardless of the deployment environment.

The company’s new Google Cloud Container Builder lets developers build software programs in any language and to pack the builds—or early versions of the programs—into Docker containers on Google cloud.

The tool can help large and small enterprises that are just starting out with containers enable a more streamlined software release process for development teams, Google software engineer David Bendory, and product manager Christopher Sanson said in a blog.

It also enables a more reliable build environment across enterprise workspaces and lets organizations manage their own infrastructure for running their builds, the engineers said.

Since releasing it in limited fashion in March 2016, Container Builder up to now has only been available to customers of Google’s App Engine flexible environment. This week’s announcement broadens the availability to all container users on Google Cloud.

In addition to letting organizations build and package software artifacts in Docker, Container Builder offers several other features as well, according to Google.

The tool, for instance, lets developers review logs so they can quickly identify and debug failed builds. It also maintains a permanent audit record of all builds created during a cloud project

Container Builder can be integrated with an organization’s continuous delivery pipeline or integrated development environment so developers can deploy their containers on Google’s Container Engine, App Engine or Compute Engine platform with no need for separate authentication.

Container Builder comes with 120 free build minutes per day per billing account, according to the Google software engineers. “Most of our alpha program users found they were able to move their builds onto Container Builder in that time allotment at no cost.” Every minute beyond that will cost 34 cents.

Container Builder is part of a growing ecosystem of Google tools and services that Google has begun offering organizations seeking to run containers on Google cloud.

Google’s Container Engine, for instance, is an automated cluster management and orchestration system for managing Docker containers. It is built on Kubernetes, an open source container orchestration technology and is designed to let organizations set up a container cluster in minutes.

Container Registry is another example of a Google technology designed to ease container deployment in the cloud. The registry gives developers a place to store Docker container images on Google’s cloud platform.