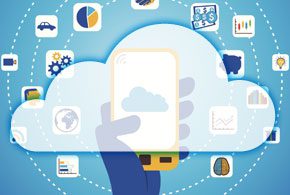 A hybrid cloud offering that Google launched last October in collaboration with Cisco is now generally available to customers of Google’s cloud platform.

The Cisco Hybrid Cloud Platform for Google Cloud is designed to give enterprises a way to develop, deploy manage and secure applications across both on-premises environments and on Google’s Cloud Platform (GCP).

The flexibility enables enterprises to migrate workloads to the cloud at their pace, said Eyal Manor, vice president of engineering at Google Cloud in a blog Sept. 7.  “Whether they’re cloud-ready or modernizing their infrastructure on-premises, many businesses can benefit from a well-supported path that lets them move to the cloud on their own terms,” Manor said.

According to Manor, the hybrid offering will allow developers to tap capabilities such as Kubernetes cloud container management technology, GCP service catalog and Cisco’s portfolio of network and security configurations to develop apps capable of running optimally in hybrid environments. The idea is give developers a way to write applications once and deploy them anywhere using their choice of operating system, hypervisor, software, and management tools.

Specific areas where enterprise can benefit from the partnership include orchestration and lifecycle management of applications; managing network security policy and application monitoring and better service management across hybrid environments the two companies had noted in October.

Customers will also be able to use Google’s Apigee API management technology to let workloads running on-premise to connect to the cloud and tools from Cisco’s Developer Center to write code for hybrid environments.

Manor pointed to several examples of how such capabilities can help enterprises. One use case for the hybrid offering is on-premise application modernization. Organizations will be able to take advantage of technologies such as Kubernetes to build and manage cloud-ready apps that they can run on Cisco’s on-premise Hyperflex container-optimized infrastructure.

Similarly, developers can use the hybrid offering to implement new portable services and manage them centrally using the Istio open-source microservices management technology. Istio is designed to let developers use policy-based controls to discover, connect, secure and manage services in a distributed microservices environment. By using it organizations can deploy microservices in hybrid environments with built-in load balancing, service authentication and monitoring, according to Google.

The Google and Cisco partnership will also allow enterprises to more securely extend their Cisco security policies and monitoring to applications running in the cloud.

The hybrid Google and Cisco offering includes hardware software and cloud services components that organizations can purchase separately or together and customize it for their needs, Google has previously noted.