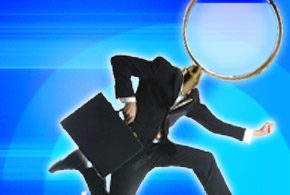 Google this week claimed it has taken several measures to curb scammers from placing fake listings on Google Maps and Search and drawing organic traffic away from legitimate businesses.

The measures are based on the findings of a year-long study the company conducted, along with researchers from the University of California, San Diego, into the methods employed by rogue actors to fool Google’s verification processes for online business listings.

Improvements the company has made as a result of the study include prohibitions on bulk registrations of businesses at most addresses, methods for automatically detecting and ignoring deliberately mangled addresses, and additional verifications for businesses relocating impossibly far from their original locations.

The company has also tweaked its spam-catching machine learning algorithms so they are now capable of detecting certain data discrepancies common to fake listings, members of Google’s security and anti-abuse research team announced this week.

They claimed the measures have resulted in Google being able to reduce fake listings on Search and Maps by 70 percent compared to the all-time high for such listings in June 2015.

“While fake listings may slip through our defenses from time to time, we are constantly improving our systems to better serve both users and business owners.”

According to Google, it presently detects and disables 85 percent of all fake listings before they appear in Search or Maps. Less than 0.5 percent of local Google search results lead to fake business listings, according to the company.

Fake business listings have been a big and long-standing problem for Google.  The company has even been sued at least twice over the issue.

Locksmiths, who have been among the most impacted by the scam, have claimed that Google, and to a lesser extent Yahoo and Microsoft, is trying to force local businesses like them to buy ads by deliberately allowing fake listings to flood out organic search results.

One of the lawsuits was filed in January 2017 by a group of 14 locksmiths who claim to have lost between 30 percent and 60 percent of their revenues over the past several years as the direct result of fake listings.

‘Google My Business’ is an option that allows local business an opportunity to list their business in Search and Maps so consumers looking for local services can find them easily. Yahoo and Microsoft offer a similar capability as well.

Google’s typical verification method is to send a postcard with a unique PIN to the physical address, which the owner then has enter into the registration page to complete the listing process. The company also verifies listings via phone.

Google’s research with the University of California showed scammers employed a variety of methods to fool the verification process. For example, “fake contractors would request hundreds of postcard verifications to non-existent suites at a single address, such as 123 Main St #456 and 123 Main St #789, or to stores that provided PO boxes,” such as UPS stores the Google anti-fraud team members said.

In order to meet the phone number verification requirement, scammers often rely on inexpensive, disposable VOIP numbers provided by a slew of legitimate vendors. Google’s study found scammers registering tens of thousands of fake listings per month often with a very short lifespan of about 8.6 days between when the listing went up and when it was suspended.

About 41 percent of the abusive listings that Google reviewed were for on-call services such as locksmiths and plumbers. Consumers, who hired such fake businesses after finding them via local search, often ended up getting charged exorbitant rates for services provided by unqualified people. About 13 percent of the fake listings were for on-premise businesses such as hotels and restaurants.