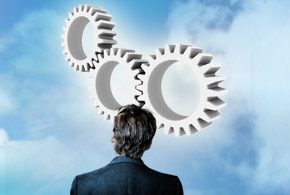 Google slashed prices on its Compute Engine hosted infrastructure service by up to 30 percent and introduced a new class of virtual machines for those looking for short-term capacity boosts at low cost.

In a blog post Monday, the company described the price cuts as reflecting its commitment to following Moore’s Law and dropping prices on its cloud services in proportion to the falling costs of the underlying hardware.

In addition to the price reductions, Google has also introduced a new Pre-emptible Virtual Machine option in beta for enterprises that occasionally need extra infrastructure capacity to run short-duration batch jobs. With this option, Google is essentially making available cloud infrastructure resources that would otherwise be idle to customers who want it to run short-term workloads.

Google’s Pre-emptible VMs offer all the same features as the company’s regular VMs but will be up to 70 percent cheaper, Holzle said. However, availability is subject to system supply and demand, and the VMs may be shut down at any time to make way for other workloads.

“While that may sound disruptive, it actually makes them a great choice for distributed, fault-tolerant workloads that do not require continuous availability of any single instance,” Google Senior Product Manager Paul Nash said in a blog post describing the new service.

By not guaranteeing indefinite uptime, Google is able to offer an inexpensive service that also takes advantage of all the spare capacity in its data centers at any given time.

“Pre-emptible VMs fill this spare capacity, but let us reclaim it if needed, helping us optimize our data center utilization. In exchange, we’re able to offer these VMs at a big discount,” Nash said.

Descartes Labs, a company that applies artificial intelligence approaches to understanding satellite imagery, recently used the option to crunch through more than a petabyte of satellite imagery in 16 hours, Nash said. Google’s own Chrome team has also been taking advantage of Pre-emptible VMs to increase compute power in their quest to find and fix security bugs faster, he said.

“There are many jobs that are not time-sensitive but very large.” In such situations, cost is a larger factor than time, he said. He estimated the cost of crunching through one petabyte of image data using Google’s Pre-emptible VMs to be about 70 percent lower than if his company had attempted to accomplish the same task on regular VMs.

Descartes Labs looks at huge data sets of satellite images to understand the Earth’s natural resources with a special interest in worldwide food production, Johnson said. “Processing an entire 40 years of imagery from the U.S. Landsat program represents 100s of billions of square kilometers of imagery,” he said. Being able to process all that data in 16 hours using just Pre-emptible VMs was significant, he said.

“For non-time-critical jobs, the idea that workloads could get pre-empted is not a problem. The trade-off between using a bit of extra time and a significant cost reduction is worth it,” Johnson said.