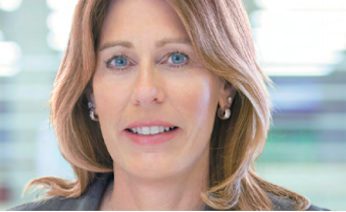 Intel today delivered its 2012-2013 Annual Performance Report, offering insights into where the company is focusing its energies and assets, the fast-evolving ecosystems around mobility and what the changing company achieved in 2012.

Broadly speaking, Intel said it embraced the consumerization of IT—in a way that increased employee productivity—grew its bring your own device (BYOD) program, worked to reposition Ultrabooks for enterprise customers and began producing the first smartphones with Intel architecture inside.

“We are at a tremendous, tremendous inflection point,” Intel CIO Kim Stevenson said during a March 13 Webcast. “There’s no business today that isn’t dependent on IT. Their future and growth depend on it.”

Stevenson expressed a need to, in business, be constantly planning ahead, thinking big, and be willing to fail in the service of learning important lessons—or succeeding in a major way.

She recounted a recent conversation about the creation of some mobile apps. After being briefed on exactly what the team was shooting for and trying to achieve with the choices they’d made, Stevenson said she told them, “I think we should also make some that fail.” Failure, she suggested, offers as valuable an education as success.

Regarding the need for businesses to act fast in pursuit of goals, she explained, “‘Act fast’ isn’t about running faster [or working harder]; it’s about anticipation. If I’m trying to have the business move at light speed, I have to be laying those tracks down just ahead, but not too far ahead—sometimes business needs to make a turn—and that requires anticipation and planning.”

Intel has a team of “forward-looking researchers and strategists” who explore emerging technologies. In 2009, they began to explore crowd-sourcing and gamification. “By 2011 these social technologies were in use across various applications within Intel’s business environment,” said the report.

Intel also accepted BYOD early on, and there are now 23,500 devices in its program—an increase of 38 percent since 2011. Intel estimates that the program equates to an annual productivity gain of about 5 million hours in 2012 alone.

Stevenson acknowledged that consumer technology is now better than enterprise technology, and the challenge for IT is how to bring the former into the latter in a secure manner.

Along the same lines, she also dismissed the idea of frowning on employees who go “rogue.”

“Rogue IT is an indication that IT couldn’t meet the business needs of a user,” she said. “If they have to go outside [to get what they need], they should. It’s a report card on IT. [Those workers] aren’t being bad business people,” they’re trying tot get the job done.”

When a Webcast participant asked Stephenson for an example of a time she tried something and failed, she squirmed for a moment, before forging ahead good naturedly and telling a story about wanting to address data loss prevention at the endpoint.

“We tested a lot of different products … but we just couldn’t make it work. So we had to drop back,” she said. “We gave all the vendors we worked with decent feedback on why it didn’t work. … We did spend a lot, and we consumed a lot of resources, but we did learn something and had to readjust.”

As for Intel’s 2012 top successes, it improved the processing of PC service requests by 50 percent, achieved a 75 percent time reduction in managing surplus PC assets, accomplished a 36 percent increase in its managed assets and reached 100 percent service-level-agreement compliance. Intel also reduced network connectivity incidents by 39 percent, cut the amount of time it took to resolve incidents by 40 percent and reduced service incidents by 49 percent.

“Intel IT is influencing decision making by delivering technology solutions and systems of engagement across all of Intel’s businesses,” Stevenson said in the introductory remarks to the report. “More than ever, IT is poised to advance our company’s competitive advantage by delivering results for the unique and evolving business needs of Intel.”