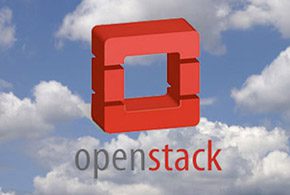 HONG KONG—Barely six months ago, former National Security Agency contractor Edward Snowden fled to Hong Kong and blew the whistle on widespread snooping. In the same city where those revelations were first disclosed, American cloud vendors attending the OpenStack Summit told eWEEK that they are not being heavily impacted by the disclosure and are remaining vigilant to protect users’ privacy.

One such vendor is OpenStack cloud backer Dreamhost, which currently has all of its data centers in the United States, including one data center in Virginia and two West Coast data centers in California.

Simon Anderson, CEO of Dreamhost, told eWEEK that in recent months there has been intense interest in the topic of government snooping and cloud privacy.

In the balance between security and privacy, the Dreamhost customer base has always leaned toward privacy, according to Anderson. From his point of view, his customers are pretty intolerant of overreach from government agencies that act outside the understood norms of privacy, he added.

Dreamhost is a signatory to various letters to the U.S. Congress that have the goal of limiting and making clear what sorts of information may be obtained by government agencies via direct or indirect means, Anderson said.

“We have always been very diligent and rigorous in defending the rights of our customers,” Anderson said.

OpenStack co-founding vendor Rackspace is also being vigilant in the face of the NSA snooping revelations. Rackspace CTO John Engates told eWEEK that government snooping is a concern, but it is not affecting customer adoption of the cloud.

Engates said that as far as he is aware, his company has not run into any situations where an organization chose not to use Rackspace specifically because of U.S. government cloud snooping concerns.

“We’re a very transparent company; we always have been, and it is one of our core values,” Engates said. “I think our legal team does a good job of giving customers the comfort factor that we’re not handing over their data to a third party.”

Also, unlike a consumer cloud service like a Gmail, Rackspace customers have more visibility into what is actually happening on the servers they are running, Engates stressed.

“Our customers have the rights to encrypt their own data with their own keys,” he said. “They have a lot more control versus just having your email in a public cloud.”

Additionally, Rackspace can further address any privacy concerns through the deployment of a private cloud solution.

“A big win for us is the fact we can go to a customer’s premises if they want to run their workloads outside of a Rackspace data center,” Engates said. “We can address that need with a private cloud.”