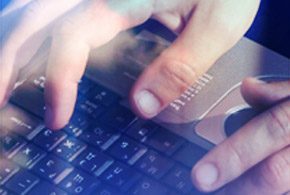 For all their efforts to bring people from across the globe closer together, an online survey from the authors of “Crucial Conversations,” a book exploring influential speech habits, found social media sites are fostering an increasingly hostile user base.

Nearly eight in 10 (78 percent) of the 2,698 respondents reporting rising incivility online, and two in five admitted blocking, unsubscribing or “unfriending” someone because of an argument on social media. More than three-quarters (76 percent) said they have witnessed an argument on a social media site.

While high profile, and high-pressured, celebrity exchanges on Twitter have long been fodder for entertainment media outlets, the results suggest uncivil behavior is affecting the vast majority of social media users. The study also indicates that people are generally less polite and tensions often go unresolved when cultivated on social media sites.

Of those surveyed, 19 percent said they have decreased in-person contact with someone because of something they said online, and a whopping 88 percent said they believe people are less polite on social media than in person. Perhaps, then, it is unsurprising that 81 percent say the difficult or emotionally charged conversations they have held over social media remain unresolved.

“Social media platforms allow us to connect with others and strengthen relationships in ways that weren’t possible before. Sadly, they have also become the default forums for holding high-stakes conversations, blasting polarizing opinions and making statements with little regard for those within screen shot,” Joseph Grenny, co-author of Crucial Conversations, said in a statement. “We struggle to speak candidly and respectfully in person, let alone through a forum that allows no immediate feedback or the opportunity to see how our words will affect others.”

The survey also found younger people are four times more likely than Baby Boomers to prefer having these emotionally charged conversations over social media. One of the survey respondents, identified as Laura M., related an incident that drove her family apart, thanks to an unflattering photo of her sister that was posted online by their brother. The brother refused to take the photo down and aggravated the situation by distributing said photo to his entire contact list, resulting in his estrangement from the family for the past two years and counting.

“Social media platforms aren’t the problem, it’s how people are using them that is causing a degradation of dialogue that has potential to destroy our most meaningful personal relationships,” Grenny said.

He explained that these tensions arise and go unresolved in part because online conversations provide a unique set of challenges that are seldom taken into consideration when people begin typing their frustrations. But perhaps social media users can reduce heated exchanges by thinking twice before fanning the flames of Facebook confrontations or Twitter wars.

Grenny offered a set of tips for communicating candidly, but respectfully, on social media sites, such as replacing “hot” words that provoke offense with words that help others understand your position, pausing to put your emotions in check, and trusting your gut if you think the conversation is getting too emotional for an online exchange.