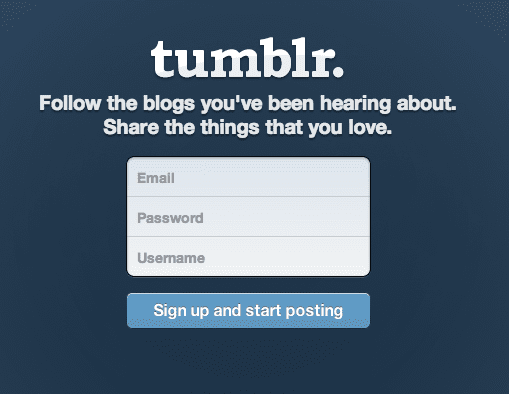 In Marissa Mayer’s first major move as Yahoo’s chief executive, the Web search and services company on May 20 approved the $1.1 billion purchase of New York-based Tumblr, a blogging platform that provides an Internet home for about 108 million blogs.

Many of those blogs are, in fact, sites that serve up pornographic photos and videos, something that Yahoo may find problematic as time goes on.

Tumblr is a popular hub of user-generated content because users can simply sign up and start using it in minutes for free. Users must be signed up to view other Tumblr blogs. It has attracted a generally young user base that uses the platform to post pictures and text on numerous topics, mostly involving music, art and culture.

The deal provides the Sunnyvale, Calif.-based Internet pioneer a highly trafficked—yet financially lukewarm—social media platform in order to reach new users. Tumblr sites don’t include display advertising. However, as the first big acquisition move for Mayer’s regime, it is clearly part of an overall strategy to bolster Yahoo’s position in the young-professional consumer market.

Bringing Tumblr into the Yahoo domain will boost its audience by a whopping 50 percent to more than 1 billion monthly visitors. Tumblr will add about 300 million monthly users to Yahoo’s current 700 million. The new numbers “will draw in more advertisers and help us keep visitors for longer periods of time,” Mayer told Reuters.

Yahoo said in a media statement that “per the agreement and our promise not to screw it up, Tumblr will be independently operated as a separate business.”

“Tumblr has a great thing going,” Mayer said on a conference call with analysts and journalists. “In terms of users and traffic, it is an immediate growth story for us. We will operate Tumblr independently. The product road map, their team, their wit and irreverence will all remain the same as will their mission to empower creators to make their best work and get it in front of the audience they deserve.”

Social Media Platform Is the Kicker

There’s no question that Mayer and Yahoo have other concrete plans for the acquisition beyond PR value, Gartner Research Vice President Allen Weiner wrote in his non-Tumblr blog.

“After going through a checklist of Yahoo needs and Tumblr strengths, here is one realistic path: content platforms,” Weiner wrote.

“Previous Yahoo execs have always talked about Yahoo’s ‘content buckets’—original, licensed and user-generated [i.e., Yahoo Contributor Network] as one of its key strengths. As a leading vertical content portal for such areas as sports, finance and gossip/celeb news, Tumblr makes sense as a content-management-meets-curation platform. Such a move would allow consumers, brands and marketers to curate Yahoo’s syndicated content [original and licensed] and use those pictures, videos and stories to create personal and professional Tumblr pages.”

The acquisition will use up about 20 percent of Yahoo’s $5.4 billion cash and marketable securities on hand.

Analyst Mark Mahaney of RBC Capital Markets wrote in a media advisory that this is a “long-shot/long-term investment but one that fits into Mayer’s turnaround strategy. The company’s fundamentals have been subpar for numerous years, in part because of the company’s missing presence in social and mobile. Tumblr may help [Yahoo] develop that presence.”

Earlier this year, Mayer—who took over as CEO in July 2012—made headlines by declaring that Yahoo employees must work on-location in their offices as often as possible rather than from home.

The deal will make 26-year-old Tumblr founder and CEO David Karp a multimillionaire. Yahoo shares were up slightly to about $26.67 late in the trading day May 20.