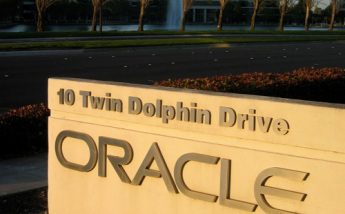 While it signifies the new seasons for school, football, television and the automobile industry, fall also means the beginning of a new IT year in terms of conferences and new products.

Companies have their consumer-market wares stocked for the holiday break (Apple, Dell, HP, Amazon, Nokia, Android device makers, and scores of others). In parallel fashion, the IT conference season, which starts with VMworld the first week of September, is now shifting into high gear.

Following the Intel Developer Forum, several cloud-based events, and a record-setting Dreamforce conference, the focus moves to Oracle OpenWorld this week at the Moscone Center in San Francisco, a location that ranks among convention centers in Las Vegas, Orlando and Hannover, Germany, as ground zeros for seeing new products and finding out about future IT.
New Database and Exadata Server Coming
Oracle CEO and co-founder Larry Ellison will reveal details about two important new products Sunday night at the OOW opening keynote: the new 12C (“C” is for cloud) version of the frontline database and a new Exadata big data analytics server .

During a conference call to analysts and journalist on Sept. 20, Ellison revealed that “we’re rolling out the new version of the database with features specifically for the cloud. I don’t want to use the ‘multi-tenant’ term, but this will be a ‘pluggable’ database. This will allow multiple tenants to securely coexist in the same database. Then it’s covered with virtualization, and we take a developer’s approach to security, to make sure your data is isolated and private and safe and secure.

“This will be coming out (for general availability) in December, or January or February of next year — within the next few months.”

Hewlett-Packard also will be making news on Oct. 1, getting back into the tablet PC market with its new EliteTab. This is a whiz-bang Windows 8 device that has a lot of features business people will like. However, because eWEEK is under NDA at this time, we can’t go into a great deal of detail. But we will have a story on Oct. 1 explaining it all.

HP recently has marketed a couple of business-oriented tablets, the TouchPad and the Slate 8, neither of which has made much of an impact. So the EliteTab will see some high expectations upon launch.

Finally, Data Center World opens in Nashville this week, with new AFCOM president Tom Roberts taking over the well-respected industry organization. Roberts, a 30-year veteran of the data center industry, was named Data Center Manager of the Year in 2011.

Roberts most recently served as senior technical architect for Data Centers at Trinity Health, a $9 billion health care system where he was responsible for 25 data centers across nine states.