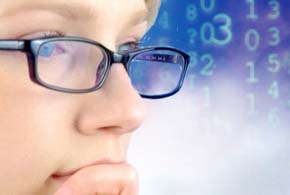 Continuous Delivery is a software development practice where teams keep producing software in short cycles and ensure that the software can be reliably released at any time. The practice is used primarily to automate and improve the process of software delivery. Techniques such as automated testing and continuous integration enable developers to build software to a high standard and easily package and deploy it to test environments. Continuous integration is the practice of merging all developer working copies with a shared mainline several times a day.

“Delivering high quality products rapidly to the marketplace necessitates having immediate feedback on the deployed build,” said Nikhil Kaul, product manager for testing products at SmartBear, in a statement. “The new TestComplete Jenkins plug-in helps organizations completely automate build-test processes for functional as well as API tests. Faster application delivery thereby becomes a breeze as teams can now test the quality and reliability of every build without any kind of manual intervention.”

When out-of-the-box integration with continuous integration tools is not available, testers often end up spending a significant portion of their time triggering automated tests through a clunky command line interface, the company said.

“In a continuous delivery model, having an ability to deliver quickly as well as ensuring quality debt doesn’t build up due to faster release schedules are equally important,” said Murat Polat, a senior test automation engineer at Unisys and an early user of the plug-in. “The new TestComplete Jenkins plug-in delivers flawlessly on both these benefits. Automation capabilities of TestComplete combined with the new plug-in will make it much easier for many of my customers to implement continuous integration and test automation, while ensuring quality of their release does not slip.”