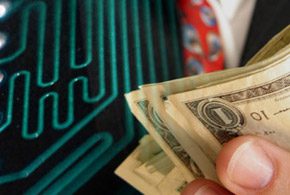 Swagger is an API description format used by developers in modern programming languages and deployment environments to design and deliver APIs that fuel Internet of things (IoT), microservices and mobile applications in the connected world. With this acquisition, SmartBear is now behind two widely adopted API open-source initiatives, SoapUI and Swagger.

“Swagger has been the clear leader of the API description format discussion for several years—its ecosystem and passionate community is unsurpassed in the field,” said Ole Lensmar, chief technology officer at SmartBear, in a statement. “We look forward to working with Tony Tam, Swagger’s creator, to give Swagger the dedicated backing and support it needs for growth, primarily to ensure the open source project’s evolution but also to ease its adoption into enterprise scenarios.”

Swagger is a simple representation of RESTful APIs. With Swagger, API developers can easily deliver interactive documentation, client SDKs and discoverable APIs. With its code generation capabilities and open-source tools, Swagger makes it easy for developers to go from design to implementation in a short amount of time. Swagger helps leading technology companies and enterprises such as Microsoft, IBM, Apigee, Getty Images, Intuit, LivingSocial, McKesson, Morningstar and PayPal build services with RESTful APIs.

“Since first being released in 2011, Swagger has found broad adoption in start-ups, mid-size and enterprise companies alike; it has grown far beyond what we had envisioned,” said Tam, who is CEO at Reverb, in a statement. “Now it’s time to take Swagger to the next level and we have chosen to partner with SmartBear because they have the API expertise and proven commitment to open source with products like SoapUI. With SmartBear, Swagger will reach more developers, products and services, and make an even bigger impact on the API world.”

Jerome Louvel, CEO and founder of Restlet, which provides tools for developers to build and manage APIs, applauded SmartBear’s move. “With the corporate sponsorship of a company like SmartBear, businesses with a stake in Swagger can now work together to take Swagger and API languages to the next level,” Louvel said in a blog post about Swagger. “It’s a huge opportunity for people with a stake in the future of API development.”

Louvel added that the Restlet open-source community is affected by the move, since Swagger is one of the core API languages the company supports, alongside the RESTful API Modeling Language (RAML) and other languages. As the Restlet Framework has had more than 2 million downloads, Louvel said he believes the Restlet community’s large voice is helping to shape the future of Swagger.

Meanwhile, Louvel raised a few concerns about the independence of Swagger. “Will the community be moved under SmartBear or will it remain independent?” he asked.

Commenting on Louvel’s post, SmartBear’s Lensmar wrote: “The questions you raise are core to our discussions and you can rest assured (pun intended) that it is our intention to keep Swagger and its tools open source and the community independent of SmartBear.”

Indeed, SmartBear officials said the company is committed to keeping the Swagger specification and code open and driven by the community, and they encourage contributions through evangelism, documentation and tooling. The company is engaging industry leaders to create an open governance model that supports the evolution of the Swagger specification in a vendor-neutral and collaborative manner.

As part of its commitment to Swagger, SmartBear will be investing in development to evolve the specification and toolset, as well as providing commercial support offerings for enterprises using Swagger. The company will also be developing and providing resources to help developers adopt and use Swagger and the Swagger tools.