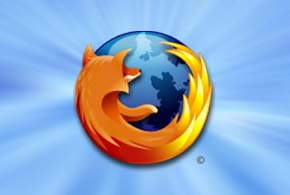 The most visible new addition in Firefox 29 Beta is the Australis interface, which is the most significant Firefox user interface change since the Firefox 4 release in March 2011. Mozilla developers have been talking about Australis since at least last June as a new design that will revitalize the browser, making it easier for users to get what they want from the Web.

The overall user interface now provides a more fluid look and feel and includes a rounded tab design. Tabs have also been improved to make it easier for users to clearly identify which tab they are on inside the browser.

Firefox Sync was originally known as Mozilla Weave when the development of the feature began back in 2007. Mozilla renamed Weave to Firefox Sync in 2010. While Mozilla has been working on the technology for nearly seven years, it hasn’t always been easy for users to actually get synchronized. Starting with Firefox 29 Beta, Mozilla is introducing Firefox Accounts as an easier way to set up and get connected with Firefox Sync. With a Firefox Account, a user creates an account that is stored by Mozilla in the cloud as a way to synchronize browser activities.

“Signing into the new Sync is easy to do with a Firefox account,” Mozilla documentation on the new Sync states. “No more pairing codes or recovery keys. Just sign in with your email and password and you’re set.”

Firefox 29 is currently set to become generally available on April 29.