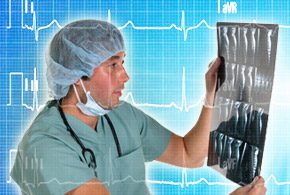 In the latest example of just how varied its interests have become, Google has entered into a collaborative agreement with Johnson & Johnson to develop surgical robots and improve information delivery to surgeons during operations.

Under the agreement, announced March 27, Google’s Life Sciences Team will work with Ethicon, a medical device subsidiary of Johnson & Johnson to develop technology designed to aid surgeons, patients and the health care system overall, Johnson & Johnson said in a statement.

The two companies, with widely different backgrounds, will bring together their intellectual property and expertise to create robot-assisted surgical platforms to enhance surgeons’ skills in the operating room, the statement said.

The companies will work in the field of minimally invasive surgical (MIS) instruments. Such tools, used in operating rooms around the country assist with what Google described as numerous common surgical procedures. Some of the systems allow surgeons to use computerized controls to manipulate surgical instruments inside patients’ bodies using cameras that provide high-resolution images of the person’s anatomy, Google said in emailed statement to eWEEK.

Google’s role will be to explore how innovations in computer science, imaging and sensors could be integrated into such tools. For example, it will explore how real-time image analytics capabilities could be developed to help surgeons see better during surgeries, or how software could be used to highlight blood vessels, nerves or tumor margins that are otherwise hard to observe.

Google and J&J will also explore how to provide surgeons with better access to information they use during operations, such as the results of MRIs and X-rays as well as information on previous surgeries and on how to safely navigate abnormal anatomical structures.

“Smart software could overlay these images on top of the interface where a surgeon is already viewing a robotic-assisted operation.” Google said in its statement.

“By bringing together Google’s expertise in computer science and imaging technology with Ethicon’s expertise in surgical instrumentation and medicine, we hope to someday improve the experience of both surgeons and patients in the operating room,” Andy Conrad, head of the Life Sciences Team at Google, said in the statement.

The effort builds on Google’s relatively recent but expanding efforts in the life sciences space. Though the company has not talked about it a lot publicly, Google’s Life Science’s group has been building a portfolio of products and capabilities in the past few years.

One effort that has received some publicity is Google’s work involving smart contact lenses. The company is currently testing a prototype lens that is designed to continuously measure glucose levels in tears via a miniaturized glucose sensor and integrated wireless chip. The company hopes one day to be able to deliver technology that could help people with diabetes manage their disease more effectively.

Another area that Google’s Life Sciences Team is involved in is nanodiagnostics. The company is seeing whether it can combine the use of nanoparticles in the bloodstream with wearable devices equipped with special sensors to detect diseases that are only just starting to develop in the body. Some areas where the company hopes the technology will be useful are in detecting the precursors of a heart attack or diseases like pancreatic cancer.

Google is also building its capabilities in the life sciences spaces through strategic acquisitions. One example is its purchase of Lift Labs in September 2014. The company has designed a smart spoon that essentially stabilizes the effects of hand tremors in people with neurological diseases like Parkinson’s.