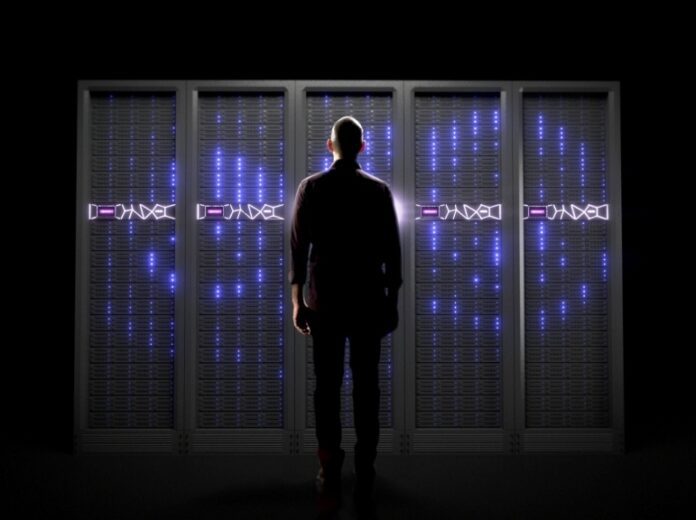 It had to happen at some point: Someone has come out with a branded “cloud computer.”

The company that created this data center rack-type device is Mountain View, Calif.-based startup Nebula, which has been working on it for nearly two years and launched it April 2. Nebula, which launched itself at the OSCON conference in 2011, was spun out of NASA’s open-source Nebula cloud operating system project.

Enterprise cloud hoster Rackspace produced its own open-source cloud operating system, OpenStack, around the same time, and now the two projects are intertwined. Nebula uses the OpenStack system inside its device.

Nebula One is a plug-and-play private-cloud controller box that provides computing, network and storage services through a self-service interface. It uses industry-standard application programming interfaces and server hardware from vendors such as Hewlett-Packard, IBM, and Dell. It connects to the OpenStack and Amazon clouds with native APIs.

“This allows the average enterprise with literally no expertise whatsoever to have an Amazon and OpenStack API-compatible private cloud system running in an hour or two.”

Nebula One consists of its own cloud controller, a hardware appliance that turns racks of servers into a scalable on-premise infrastructure as a service (IaaS) cloud system, Kemp said. Nebula One runs Cosmos, Nebula’s distributed enterprise cloud operating system, which runs atop OpenStack to provide a user-friendly self-service experience on Amazon Web Services and OpenStack clouds, he said.

System Can Scale to Size Required

The Nebula One controller fits in a 2U chassis and features forty-eight 10 Gigabit Ethernet ports; it uses an Intel Fulcrum ASIC for its switch. The controller has two Opteron G34 sockets and two 1.6GHz processors with 16MB of cache. It has plenty of solid-state memory; it carries 64GB of RAM plus a 32GB SuperCache multi-layer cell (MLC) mSATA flash drive to cache often-used OpenStack files. It also has a 256GB 2.5-inch MLC solid-state drive.

A single-rack deployment is generally enough for many midsized businesses (50 to 500 employees); the Nebula One system can scale to multi-rack deployments to meet the needs of large enterprises, Kemp said.

The Nebula One is available now. “If we’re successful here,” Kemp says in a company video, “our customers will be pioneers in the future of their industries.”