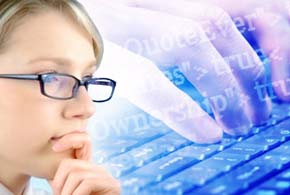 The U.K. government has revealed that a number of well-known players in the technology field will back its drive to teach computing skills in primary schools in England.

The idea is that the firms will help prepare primary school teachers for the new computing curriculum.

The £3.6m drive was revealed by the Rt Hon Nicky Morgan, Education Secretary and Minister for Women and Equalities, speaking at the BETT educational technology show in ExCeL London.

She revealed that firms, such as Google and O2, will provide experts to assist with training, as well as resources to help students learn all-important digital skills. It seems that there are currently five new projects that will see major tech companies “parachuting experts in to top-tier universities like Queen Mary University of London, UCL and Oxford to provide the latest training.”

This comes after projects were announced in June last year. Those projects saw Microsoft and IBM, among others, offer tech training to more than 43,000 teachers.

“We know a significant number of jobs in the future will be in the tech industry, which is why we are committed to supporting tech companies to connect with our schools—preparing young people to succeed in the global race,” said Morgan.

“Increasing the focus on subjects like computing is a key part of our plan for education—which is why we are investing in the latest training and support so our teachers are fully prepared to plan, teach and assess the new computing curriculum,” she added. “I am delighted that once again top industry experts have taken an active role in helping develop these projects, and I look forward to seeing them pay dividends in our classroom.”

The idea is that these new projects will work alongside ongoing sector-led work to train teachers in how to deliver the new curriculum. The government, for example, has provided the British Computer Society (BCS) with more than £2 million to set up a network of 400 “master teachers” to train teachers in other schools and provide resources for use in the classroom.

It has also provided £1.1 million to Computing at School to help train primary teachers already working in the classroom through online resources and school workshops.

Morgan pointed to the initiative whereby school children are introduced to computing and coding from an early age. Since September last year, the new school curriculum was launched that placed a lot more emphasis on STEM (Science, Technology, Engineering and Math) subjects.

Google is a vocal supporter of the need to better educate our children in technology.

Google chairman Eric Schmidt, for example, has previously criticized the British education system for failing to ignite young people’s passion for science, engineering and math. He also said that not making IT compulsory as a subject at GSCE-level and not providing enough support for science students at college meant the country was “throwing away” its computing heritage.