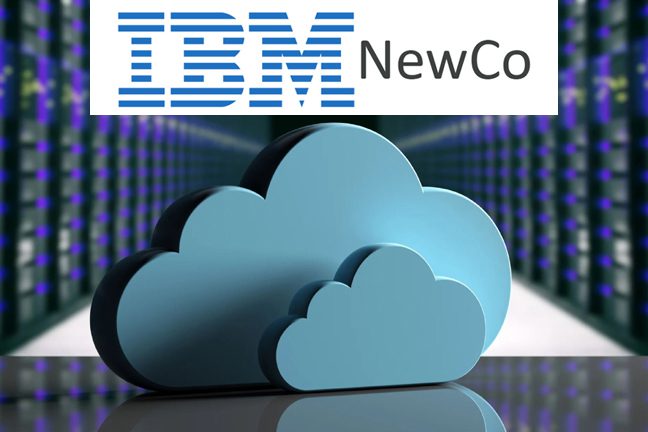 IBM’s has announced a plan to spin off the Infrastructure Services business unit in its Global Technology Services (GTS) group as a new, free-standing organization. This is both surprising and unsurprising:

Let’s consider the reasons for IBM’s decision and why it makes sense for the company, the “NewCo” organization and both groups’ customers, partners and shareholders.

Services-led business engagements have been central to IBM since CEO Lou Gerstner led the company back into health from 1993-2002. How important have the Global Technology Services (GTS) and Global Business Services (GBS) been to the company?

As CEO Arvind Krishna noted in his blog about the spinoff, services account for more than 60% of IBM’s annual revenues, or about $44 billion of the $71.2 billion in revenues the company reported in FY2019. That’s impressive from business and financial perspectives, but it has also played a critical part in IBM’s market position and how the company impacts and is perceived by its competitors.

Why has IBM been able to make such a success out of GTS and GBS? There are a number of reasons.

First, the company recognized that enterprise IT complexity was increasing, and that customers recognized that engaging certified experts was more effective and cost-effective than hiring full-time staff. Additionally, as new and emerging technologies permeated every level and layer of business, companies needed help choosing and implementing the best solutions for their specific needs.

Finally, rather than focusing intently on promoting and selling IBM solutions, GTS and GBS supported whatever technologies and solutions the company’s customers required or preferred. Sure, GTS had (and has) experts who focus on optimizing IBM’s Z mainframes, IBM Power Systems and IBM Storage solutions. But others specialize in Lenovo, Dell, HPE and Oracle hardware. In fact, it isn’t unusual for GTS to be among the largest buyers of IBM competitors’ hardware in any given year.

The case for the NewCo spinoff

Given that long history of success, why spin off the infrastructure services business now? Krishna cited a number of reasons in his blog, but those orbited what he called a divergence in “client-buying needs for application and infrastructure services.” That’s reflected among IBM clients who find that implementing open hybrid cloud environments is 2.5 times more valuable than simply adopting public cloud services.

That doesn’t mean or imply that the need for traditional IT infrastructure services is going away. The NewCo organization will on Day 1 be driving approximately $19 billion in annual revenues—twice that of its nearest competitor. Plus, it will be serving more than 4,600 global enterprises, including more than 75% of the Fortune 100.

Again, though, if NewCo is so well set for success, why spin it off? Along with IBM’s larger strategic direction, you have to consider the deal’s financial impact. In fact, during a call with analysts regarding the announcement, Krishna noted that “We (IBM) divested networking back in the ’90s, we divested PCs back in the 2000s, we divested semiconductors about five years ago because all of them didn’t necessarily play into the integrated value proposition.”

Like the hard disk drive, printer and Intel-based server groups that IBM also divested, those were sizable yet low-margin businesses that acted as a financial drag on the company. Similarly, though infrastructure services deliver about a quarter of IBM’s annual revenues, its growth and margins have been low or even declining during the past half decade.

That is a critical issue for a company that celebrates its financial health and performance, and whose shareholders (including the institutional investors that own over 56% of IBM stock, pension funds and retirees) that depend on the company’s long history of generous dividends ($6.43 per share in FY2019).

It is important to note that the NewCo spinoff is just one aspect of a larger strategic refocusing that IBM’s leadership is planning. As Krishna noted in his blog, the company’s 2019 acquisition of Red Hat constituted the first step in developing and positioning IBM solutions and services for the evolving “$1 trillion hybrid cloud opportunity.”

Along with intensifying its work in open hybrid cloud and artificial intelligence (AI) capabilities, IBM also plans to simplify and optimize its operating for speed and growth to gain financial flexibility and to continue forming strategic partnerships similar to those it recently inked with Tech Mahindra, Adobe and Schlumberger.

Not surprisingly, IBM will continue to work closely with NewCo as its preferred partner for infrastructure services. Additionally, the separation from IBM should enable the new organization to form new strategic partnerships and alliances and to pursue relationships with customers with no or minimal interest in IBM.

Overall, the planned NewCo spinoff appears to be a solid strategic move that bears strong similarities to past IBM strategic divestitures. As such, it should deliver significant benefits to both companies and their respective customers, partners and shareholders.