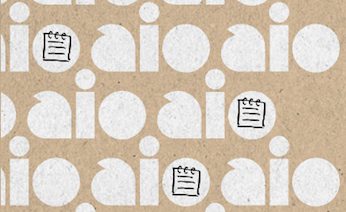 Aio launched today with stores in Houston, Tampa and Orlando and plans to roll out to multiple markets in the United States over the next year.

“We talked with no-annual-contract customers and created our service around what they want,” Jennifer Van Buskirk, president of Aio Wireless, said in a May 9 statement.

Legere has repeated that consumers are fed up with the current way carriers sell phones and want a simpler, more transparent process.

Aio, in its statement, said it offers “three simple rate plans to choose from, an attractive portfolio of devices that include smartphones and tablets, and feature phones from a variety of manufacturers.”

Aio also offers unlimited talk, texting and data plans, ranging from $35 to $70 a month, with pricing varying by market and 4G download speeds up to 4M bps.

Like T-Mobile, Aio will also allow customers to bring unlocked, compatible devices to the network. Plan holders can purchase the iPhone 5.

Aio added that it will also “delight customers with an attitude of gratitude, easy pre-payment options and an involvement in the local communities in which we serve.”

T-Mobile first discussed its plans to transition to a contract-free model during a Dec. 6 Capital Markets Day.

“We think there is huge room for a challenger to change some of [the things that bother consumers] in a way that the larger players will not be able to, or will choose not to, respond to,” Legere said during his presentation that day.

He added that T-Mobile would also sell high-end smartphones for a low up-front cost and offer financing so that customers could pay for devices over time, interest free.

During AT&T’s earnings call a few week later, Chief Financial Officer John Stephens acknowledge that AT&T might soon have to respond to new “dynamics in the marketplace,” adding that T-Mobile’s announced new strategy was “interesting.”

“That’s something we’ve looked at on several occasions. I kind of like the idea,” Stephens went on. “It will be something we’re going to be watching [to see] how it is received in the market place.”

During its first earnings announcement since the launch of its new plans and the introduction of the iPhone 5 for $99 down, T-Mobile shared May 8 that it sold approximately 500,000 iPhones in about a month and saw its “first branded customer growth since first quarter 2009.”

Aio’s Buskirk added that the brand is “set up to win over value-conscious customers who are increasingly moving toward smartphones and wireless broadband.”