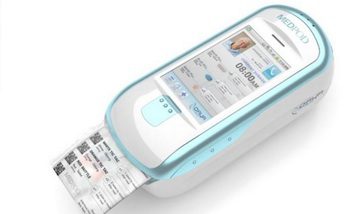 The difference between Android, iOS and QNX, the BlackBerry-owned software on which the BlackBerry 10 operating system is built, could be a matter of life and death.

That was a key message at a health care panel at the BlackBerry Live conference in Orlando, Fla., May 15 that, in explaining how the OSes differ, made an argument for QNX’s superiority in critical applications.

“The purpose of a general-purpose operating system [GPOS] is to do many things and do them very well,” Chris Ault, product manager at QNX Software Systems, said during his presentation. “It’s designed to get the most amount of work done. Algorithms are designed for the most amount of throughput. They’re not designed to offer strict guarantees of reliability or availability.”

Android and iOS, both Linux-based, are GPOSes.

“Fairness algorithms used by GPOS can alter priorities. … There’s too much variability in what’s a priority,” Ault continued. “They’re designed for general, not real-time, computing.”

By contrast, a real-time OS (RTOS), which QNX is, is engineered to guarantee availability and reliability, meaning there’s never an instance where priority and processing power is shifted from one activity to another.

For this reason, businesses including Honeywell, GE Energy and Cisco have QNX at the cores of their software solutions, and it’s used in everything from wind turbines to home dialysis machines.

By contrast, Ault pointed out examples of iPhone-based patient medical-monitoring solutions, like AirStrip and AliveCor.

“Imagine a case in which a patient’s mobile device … receives a phone call. If the signal-processing app gets swapped out and loses some data, it has to restart and begin populating data all over again, and that takes a fair amount of time [during which a patient isn’t getting correct information],” said Ault. “BlackBerry 10 is uniquely positioned to offset iOS and Android as these sensor apps gain adoption.”

An app can also take advantage of BlackBerry Balance, putting medical information on the more secure enterprise side of the device.

BlackBerry QNX: In Health Care, We Can Do What iOS, Android Can’t

DayaMed, a developer, manufacturer and distributor of pharmaceuticals and consumer medical devices, is one company that has gotten behind QNX and the BlackBerry platform.
CEO and founder Justin Daya offered an overview of the MedPod, a medicine-dispensing system his company offers that has a “highly secure, controllable and configurable back end and a consumer-facing front end.”

According to Daya, only 25 to 30 percent of prescriptions are taken properly, whether because patients forget to take pills or become confused about what to take or whether they already took it.

The MedPod is a device, about the size of a landline phone, that is filled by a pharmacist, sounds a chime when it’s time for a patient to take his medication, dispenses the medication—sealed inside a strip that looks like a receipt—tells the patient any relevant information (such as “take this on an empty stomach” or “don’t drive after taking this”) and can instantly connect a patient to his pharmacist, should he have questions, or to a caregiver.

The MedPod can be programmed to alert a family member or other contact if the patient doesn’t take his pills, and it keeps a real-time record of patient information, including the time that mediation was dispensed, what was dispensed, and if any calls or alerts were placed. All of that information can be accessed on the device’s display.

If the patient is traveling internationally, a call placed through the MedPod would go to a DayaMed call center and be rerouted locally—though such fees don’t affect the patient. The cost of the MedPod is a flat $85 per month.

The MedPod’s software is updated remotely—it runs on the Sprint network—with zero downtime for the patient. Should a patient no longer need it, the MedPod is sent back, refurbished and reused. The pharmacist fills it, and it’s quickly shipped to the patient (DayaMed also has a relationship with FedEx).

“It has not been an easy road to settle on BlackBerry and QNX,” Daya admitted. “But in the end, having a real-time OS made our decision very simple.”