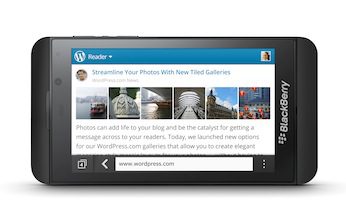 BlackBerry crossed a finish line with the completion of the BlackBerry 10 platform, but in officially introducing it Jan. 30, CEO Thorsten Heins said the company began yet another race, this one to win market share and consumer approval.

During a press conference following BlackBerry 10’s introduction, Heins was hesitant to say how he will measure whether the platform and new Z10 and Q10 smartphones succeed, though admitted the company does have a sales number it would like to hit.

Sitting beside Heins, Frank Boulben, BlackBerry’s chief marketing officer, said that his first hope is for “customers to recommend BlackBerry 10 to their friends and families—that will be an early indicator.” He added, “Then, later, we will look at market-share targets.”

The Z10 won’t arrive in the United States for at least another six weeks, but the early reviews have begun to come out, offering the earliest indictors of how the race may go for RIM.

Charles Arthur, technology editor of The Guardian in London, where the Z10 became available Jan. 31, liked the phone but was cautious about its chances in a market where Apple and Android aggressively dominate. In this, Arthur exemplifies much of early dialogue about the Z10—rather than screen size or specs, the talk is of whether the phone can carry the company on its back.

“Does RIM have a winner here? Does it have something that’s going to stand alongside Apple and Samsung … or is this going to be one of the sort of me-too launches, a bit like Palm with the Palm Pre, where everyone thought that the interface was great, but they didn’t actually buy it,” Arthur said in a video.

“When you look at how the swipe works, when you look at the way the home screen’s organized, when you look at the way that the People Hub is organized, it’s all very coherent. They’ve really given thought to this,” Arthur continued. “I think it’s going to be hard for RIM to come back with consumers in developed countries such as Europe and the U.S., because they’ve already got things like Android phones and iPhones. … The space RIM needs to work on is the corporate space. It’s quite possible that this will be a success with some corporations. But as far as the consumer market goes, I think it’s going to be an uphill struggle.”

David Pogue, in The New York Times, began his review by apologizing to the people whom he told that BlackBerry was doomed, because he found the BlackBerry Z10 to be “lovely, fast and efficient, bristling with fresh, useful ideas.”

He also noted that it had arrived complete, not needing to go through the growing pains—copy and paste, maps and voice-recognition capabilities—that other platforms gently suffered over the years.

“It’s all here: a well-stocked app store, a music and movie store, Mac and Windows software for loading files, speech recognition, turn-by-turn navigation, parental controls … and on and on,” wrote Pogue.

The hardware, he added—pointing out that the Z10’s 4.2-inch display is sharper than the Retina display on the iPhone 5—”is all here, too.”

Pogue was also smitten with the device’s keyboard, its ability to correctly predict what he wanted to write, and how quickly it learned about him.

In a nutshell: “Freaky and brilliant and very, very fast.”

The Z10’s speak-to-type capability Pogue found to be rather lame—”you won’t use it”—calendar views don’t rotate when one turns the phone, and in the Mail app, one has to return to the inbox to view each next message, instead of going from message to message. But he found no major missteps, beyond how impossibly late the phone is to the party.

“Is the delightful BlackBerry Z10 enough to save its company?” Pogue asked. It could go either way, he answered, adding that the only thing for certain is that “its doom is no longer assured.”

The Wall Street Journal’s Walter Mossberg, always a rather reserved reviewer, noted that the Z10 lacks a cloud storage solution like Google Drive or Apple iCloud (though it can use Dropbox), and called the device itself a “chunky plastic slab” and the OS something that needs getting used to.

But the keyboard, he wrote, “is the best and fastest out-of-the-box virtual keyboard I’ve used.”

If BlackBerry can work on that apps situation, concluded Mossberg, “I believe [the Z10] has a chance of getting RIM back into the game.”

For BlackBerry—which with the introduction of the Z10 shed the RIM name—getting back into the game would be winning enough.