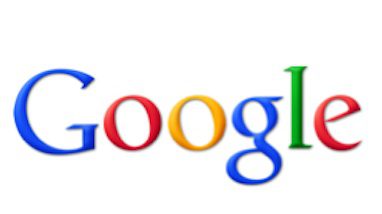 China is now the world’s largest market for smartphones, the majority of which run Android. But the Chinese government has become uncomfortable with the control that Google, via Android, has over China’s smartphone industry, the research branch of China’s Ministry of Industry and Information Technology said in a white paper, Reuters reported March 5.

“Our country’s mobile operating system research and development is too dependent on Android,” said the white paper, according to the report. “While the Android system is open-source, the core technology and technology road map is strictly controlled by Google.”

The paper points out Android’s “absolute advantage,” stating that while in 2009 its market share was 3.9 percent, in the third quarter of 2012, that rose to 72.4 percent, a “large-scale success” that surpassed even the Symbian operating system during its most successful period.

It additionally accuses Google of discriminating against Chinese hardware makers by sharing code with them later than it did other companies and through “commercial agreement constraints,” according to text translated via Google Translate.

Last year, Google was also accused of suppressing an effort by partner Acer to release a smartphone running the Aliyun mobile operating system made by China-based Alibaba. While an Alibaba executive said the goal was to make Aliyn China’s next Android, a Google executive suggested that it essentially was Android, which was why Google took issue.

When asked for a response to the white paper, a Google spokesperson told eWEEK, “Android is an open source mobile platform freely available to everyone. It is available in its entirety at http://source.android.com, allowing device manufacturers to customize and offer new user experiences, driving innovation and consumer choice.”

Low-cost, Android-running devices have played a major role in China’s fast-growing mobile market, as well as the global market. While “mature economies” have been responsible for driving the world’s smartphone shipments, emerging markets China, Brazil and India are beginning to change that, IDC said in a March 4 report.

“While we don’t expect China’s smartphone growth to maintain the pace of a runaway train, as it has over the last two years, there continue to be big drivers to keep the market growing as it leads the way to ever-lower smartphone prices,” Melissa Chau, IDC senior research manager, said in a statement.

In 2013, IDC expects China to control 33 percent of the world smartphone market, ahead of the United States, which came in second place with 15 percent share.

Google, which has a number of partners using Android, is said to be nervous about the success Samsung has enjoyed with the operating system. With Samsung accounting for 43 percent of Android shipments during the fourth quarter of 2012, according to Gartner, Google executives are nervous about the bargaining power that affords Samsung.

Andy Rubin, Google senior vice president of Mobile, told executives at an event last fall that Samsung could “become a threat if it gains more ground among mobile device makers that use Android,” The Wall Street Journal reported Feb. 25.

Finally, even Samsung is reportedly uneasy with how many of its eggs are in Google’s basket. This year, the smartphone maker plans to begin selling phones running the Intel-backed Tizen operating system, in an effort to diversify more. Samsung also has a partnership with Microsoft.

Google owns handset maker, and Android backer, Motorola, and analysts have suggested that, should that relationship become a conflict of interest, Samsung will have even more room to maneuver.