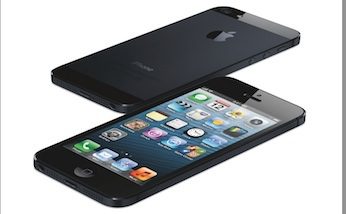 The Apple iPhone 5 is headed for new corners of the world. The smartphone will arrive in South Korea Dec. 7, and in more than 50 additional new countries Dec. 14, Apple said in a Dec. 3 statement.

The iPhone 5 is already in 47 countries. It went on sale in the United States, Australia, Canada, France, Germany, Hong Kong, Japan, Singapore and the United Kingdom Sept. 21, and by Sept. 24, Apple had sold more than 5 million units.

Apple officials have said that they expect their long-awaited new smartphone to be in more than 100 countries by the end of the year. Among these countries is China, where the iPhone 5 will arrive Dec. 14, Apple said in a separate Nov. 30 statement, following a week behind WiFi-only versions of the iPad Mini and the fourth-generation iPad.

The newest iPhone’s arrival in China is particularly notable, as that country is now the largest consumer of smartphones. Apple CEO Tim Cook has called China “an area of enormous opportunity” and it is Apple’s second-largest source of revenue. Again suggesting Apple’s opportunity in China is that while Chinese consumers have embraced the Apple brand, buying out stores at launch times, Apple isn’t yet even a top-five seller in China, where more local brands—Samsung and Lenovo most notably—dominate.

The iPhone 5’s arrival in South Korea is also notable, as South Korea is home to Samsung, Apple’s rival on carrier networks and recently also in court rooms. In September, a California jury hearing an ongoing patent dispute between the rivals, ordered Samsung to pay Apple $1.05 billion in damages.

While there’s hardly a mobile brand that hasn’t been on one end of a patent suit—last week Ericsson sued Samsung over mobile patents and for the same reason Nokia asked a judge to bar sales of Research In Motion’s BlackBerry devices—the ruling came as a blow to many South Koreans.

“Calling Samsung’s South Korea’s biggest, most profitable and most globally recognized brand barely explains the intense and often mixed emotions the name evokes among South Koreans,” The New York Times wrote in a Sept. 2 report. “In Samsung, they see the crown jewel of their company’s transformation from a war-torn agrarian society into a global technology powerhouse.”

Over the last few years Samsung pulled ahead of other Android supporters to establish itself as Apple’s only true rival, and at the beginning of this year it overtook Nokia, which had dominated for 14 years, to become the world’s top-selling mobile phone and smartphone maker.

During the third quarter, Samsung held a 23 percent share of the global mobile device market, to Apple’s 5.5 percent share. With the iPhone 5’s late third-quarter arrival, the upcoming holiday season and the launch of the device in China, however, analysts are expecting that Apple will close the year with its “traditionally strongest quarter,” as Gartner analyst Anshul Gupta wrote in a Nov. 14 report.