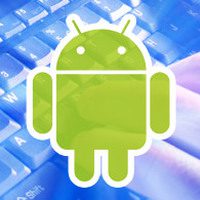 The announcement follows Google’s recent news about similar partnerships with Telenor, Sprint and Rogers Communications. It brings to more than 1 billion the number of Android phone users who now have RCS messaging on their devices.

Among the major carriers who committed to preloading Google’s Android Messages RCS app as their native messaging software last week were Deutsche Telekom in Germany, Orange S.A. of France, and Globe Telecom in the Philippines. In addition, the Vodafone Group also has committed to using Android Messages across 10 of its global markets, Google’s head of RCS Amir Sarhangi announced in a blog.

Google’s Jibe RCS cloud will power all of the RCS services offered by each of these carriers, Sarhangi said.

Among the device manufactures that have agreed to preload Android Messages as the native messaging app on their devices are Sony, Motorola, LG, Kyocera and HMD Global. “We’re excited to see RCS messaging reach more people, and look forward to launching with more partners in the coming month,” Sarhangi wrote in the blog.

The RCS messaging initiative is an effort by Google and scores of other stakeholders in the mobile industry to introduce more features, like group messaging, video sharing and chat receipts to the native SMS apps offered by most carriers around the world currently.

SMS messaging services have been a huge cash cow for carriers for years, but the growing popularity of so-called Over The Top (OTT) cross platform messaging services like WhatsApp and Facebook Messenger have begun to pose a threat to those revenues. Such OTT apps and services have long supported the kind of functions that those behind the RCS initiative, including Google, are only now delivering to the SMS space.

A recent report by Juniper Research, in fact, estimated that carriers could lose upwards of $100 billion in messaging revenues this year as people increase their use of OTT and VOIP messaging services. Industry efforts to make SMS more appealing to such users have been stymied so far at least by the rather fragmented and non-standard manner in which carriers and devices manufacturers have implemented RCS.

Google launched an initiative last year to gather the industry around a common RCS profile that would work seamlessly across platforms, devices and service providers. It is that RCS profile that all the carriers that Google has signed up so far have committed to using.

Google’s Android Messages supports Multimedia Messaging Services, SMS and also RCS so it can work across networks and device types, Sarhangi said. Google is working on bringing additional capabilities to the message app, such as the ability to search for and share content more easily, he noted.

Google also has launched an Early Access Program that businesses can use to learn how to take advantage of RCS to offer an upgraded messaging experience for their customers, Sarhangi noted. Among the several companies that have signed up for the program are Walgreens, Uber, Subway, Vonage and Men’s Wearhouse.