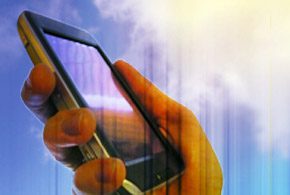 Nokia has stuck its nose, or rather its lawyers, into the ongoing legal battle between Samsung and Apple.

Nokia filed an “amici curiae” brief with the U.S. Court of Appeals for the Federal Circuit March 5 that said it supported Apple’s efforts to have a court order reversed and have certain Samsung smartphones banned.

Nokia added that it had contacted both sides, and while Apple consented to the motion, Samsung—not shockingly—did not.

In June 2012, Judge Lucy Koh granted a preliminary injunction against some Samsung phones, which Samsung ultimately—and successfully—fought in an appeals court. Following a trial, a jury in August ruled that Samsung owed Apple $1.05 billion in damages, which Samsung insisted it would fight. In December, the pair was back in an exasperated Koh’s courtroom, and she denied Apple’s request for a permanent injunction against Samsung products found to have infringed on Apple products.

An amicus curiae is “usually just about issues, not about interests to harm particular competitors,” patent expert and industry consultant Florian Mueller explained in a March 6 post on his FOSS Patents blog.

Nokia said its interest in the case is as follows:

to advocate for patent laws that (i) protect patent rights as a means for promoting the constitutional goal of developing technology for public benefit; and (ii) foster and encourage innovation by allowing patent holders to obtain permanent injunctions against infringing competitors in appropriate circumstances.

The reason for the amicus brief, it went on, is that the district court’s ruling that a “patent holder must establish a ‘casual nexus’ between the patented feature and the source of demand for the infringing product could cause wide-ranging damage to the United States patent-protection landscape.”

Proving that casual nexus (cause-and-effect) relationship, as described by the court, would be so burdensome, said Nokia, that it “may rarely, if ever, be met [and] will essentially lead to a compulsory-licensing system wherein patent holders are forced to license patented technology to competing firms, which could in turn harm incentives to innovate.”

Nokia also added that it has invested more than $50 billion in mobile communications research and development and currently owns more than 10,000 patent families.

Nokia and Apple have also battled in court over patents, as had just about every combination of players currently competing in the mobile marketplace.

“Nokia competes with both Samsung and Apple,” Mueller said in his blog post. “Nokia is ultimately interested in enforcing its own intellectual property rights, and some point further down the road, after the current settlement expires, it may have to assert some patents against Apple again (and vice versa). “

On March 1, Koh knocked roughly $450 million off the $1.05 billion fine Samsung was to owe Apple, and called for a new trial to determine exactly the total owed to Apple.