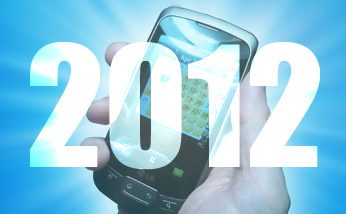 Apple was supposed to have won big in the suit against Samsung in a massive series of claims of patent infringement. This was the apparent result of a jury verdict last August in which there were charges of attorney misconduct, juror misconduct and trial errors before the ink was dry on the decision.

But a few weeks later, the U.S. Patent and Trademark Office (USPTO) invalidated one of the key patents that Apple used to win its case. This is the patent in which a menu or other screen item will bounce back if it’s scrolled past the end.

Then on Dec. 19, the USPTO invalidated another key Apple patent. This time it was for the pinch-and-spread gesture to zoom in or out on a screen. And of course, the USPTO had already invalidated the patent on multi-touch.

No doubt, Samsung thought it was getting a huge Christmas present from the USPTO. But then along came the pesky European Union charging that Samsung appeared to be guilty of patent abuse. At the heart of the abuse claim is a series of patents for 3G communications technology that is essential to the wireless industry.

Samsung registered its patents as “Standard-Essential” which allows such patents with the understanding that those patents would be licensed under FRAND rules, which means that licensing terms must be “fair, reasonable and nondiscriminatory.”

But when Apple didn’t want to pay Samsung the rate it demanded for licensing, Samsung sued for infringement and attempted to have Apple products banned from Europe. The European Commission suggested that Samsung was violating the law and could take action against Samsung once the company presents its defense. Samsung, meanwhile, has agreed to stop trying to get Apple banned from Europe. An EU spokesperson has called Samsung’s moves against Apple anti-competitive.

If Samsung is found guilty of anti-competitive behavior by the European Commission, the company could be sanctioned. Samsung, meanwhile, is benefiting from a similar standard-essential patent from Apple on SIM cards, but apparently Apple has made licensing freely available on the SIM card design used by the iPhone 5 and many other new smartphones.

So has the worm finally turned, and are the patent abusers getting their just deserts? Well, the answer to that is, as you would expect, no. First, just because the USPTO has decided that Apple’s or Samsung’s patents are invalid, that doesn’t mean an end to litigation. After all, the murky patent situation in the U.S. is one of the government’s efforts to ensure that every lawyer who wants a job has one.

The Apple-Samsung infringement lawsuit has already been appealed, and that appeal is certain to rehear many of the arguments in light of the USPTO’s decisions and issues raised regarding the conduct of the trial. After all, you can’t infringe on an invalid patent.

Meanwhile, Apple’s patent lawyers will be busy in Washington arguing that those invalidated patents are really valid, and regardless of which way the USPTO decides those cases, someone, somewhere will certainly appeal.

Samsung will also have its lawyers busy in the EU arguing that it really wasn’t being anti-competitive just because it was trying to have Apple banned because of the two companies’ inability to agree on a price for its 3G patents.

Of course, this works both ways. Apple is trying to have Samsung’s products banned in the U.S. over an expanded infringement suit in the same court where Apple won its now-disputed billion dollar judgment. While this is going on, Alcatel-Lucent is suing Apple for alleged violation of a data-compression technique, Ericsson is suing Samsung, and Apple and Motorola are suing each other.

Things can only get more bizarre. Nokia and Research In Motion are suing each other over patents for WiFi that they have already agreed to license to each other under the standard-essential patent agreement that each company cross-licensed in 2003. In this case Nokia isn’t seeking a sales ban on RIM’s BlackBerry devices.

No doubt, I left a number of important players out of this laundry list of patent weirdness. But the fact is that there’s apparently at least as much patent abuse going on as there is innovation. It seems that the current patent strategy at many technology companies is to patent everything and see what sticks. I’m surprised that one of these companies hasn’t tried to patent the use of photons to transmit light. But perhaps I just haven’t found that one yet.

The problems with such an approach are many. First, it clogs the patent systems everywhere as examiners have to painstakingly research thousands of applications, knowing that a portion are clearly bogus, even though they lack the resources to identify which ones on a timely basis.

Then it bogs down the courts when companies try to enforce those bogus patents, costing taxpayers millions of dollars. In the meantime, it stifles innovation because companies have to involve lawyers at every stage of development, making the creative process flow with the speed of molasses.

The problem is what to do to fix the problem. Clearly patent laws need to be reformed, but that would require a functional Congress, which is clearly lacking. And, yes, I know they passed a new patent reform law this year. You see how well it worked out.

It would also take a patent office efficient enough to put some basic guidelines in place, which is something else we don’t have. So, it’s no wonder all this tangled litigation goes on.

It’s easy to blame the government for not doing its job in the first place and wasting more public and private money as a consequence of its inaction. But it seems that no matter what kind of patent system is in place, so much money and such huge global markets are at stake that the mobile technology giants would keep battling in court just to see how they could game the system.

Somehow, that doesn’t seem to be what the framers of the U.S. Constitution had in mind when they first defined and authorized the patent laws.