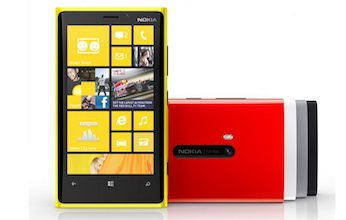 Nokia anticipated a difficult third quarter, and it got one.

The ailing Finish smartphone maker, pushed from its position as the global mobile phone market leader by Android-running smartphones and the Apple iPhone, switched to the Microsoft Windows Phone operating system in a tactic to turn things around. During its 2012 financial third quarter, however, it was left to tap its fingers, waiting for the late-October release of Windows Phone 8 and trying to sell Windows Phone 7 devices to customers aware that the phones won’t be able to make the upgrade.

Nokia posted a net loss of $1.27 billion. The company announced its earnings Oct. 18.

“As we expected, Q3 was a difficult quarter in our Devices & Services business; however, we are pleased that we shifted Nokia Group to operating profitability on a non-IFRS [international financial reporting standards] basis,” Nokia CEO Stephen Elop said in a statement.

The Asha line is aimed at developing markets, while the Lumia line is for the U.S. and similar markets. On Sept. 5, Nokia showed off two new Windows Phone 8-running Lumia phones, the 920 and the 820, which will be exclusive to AT&T—though for just six months’ time, according to an Oct. 18 report from the International Business Times. The 920 features a fantastic mapping suite of apps, advance camera technology and wireless charging capabilities. But they aren’t for sale yet.

“This is probably the first time that I have started to doubt the Nokia comeback story,” Canalys analyst Pete Cunningham told The New York Times. “These numbers were poor and worse than I expected.”

Elop, in an interview with The Times, said the numbers suggested that consumers were indeed holding out for the new phones.

“Next year is going to be a very interesting year,” Elop said, according to the report. “A number of operators around the world are increasingly frustrated with the two strong ecosystems [Apple’s iOS and Google’s Android] in their shops today. As they see a full portfolio of products with Lumia from Nokia, this will represent for them a credible third alternative.”

Analysts back the idea that the carriers want a strong third platform and that they intend to support Windows Phone. However, Nokia isn’t the only phone maker offering the OS. Samsung, which has thoroughly out-muscled its fellow Android supporters, will also offer WP phones, as will other vendors, including HTC.

Days after Nokia’s introduction of the new Lumias, HTC and Microsoft introduced the HTC Windows Phone 8X and Windows Phone 8S. Thin and light, the phones are likely to improve consumer opinion of the mobile platform, though they may also threaten Nokia’s position as Windows Phone’s leading ambassador.

“In Location & Commerce, we made progress establishing our platform offering with customers like Amazon. This is in line with our plan to expand our location offering to more customers,” Elop said in the statement. While Apple’s iOS has faced criticism for its terrible Maps apps, Nokia has been pushing this area that is unquestionably a strong suit. In recent weeks, it signed mapping deals with Oracle, Amazon and Groupon.

Good news for Nokia, adding some balance to the day (and its stock price) came in the form of a strong third quarter for Nokia Siemens Networks (NSN), a joint venture between Nokia and Germany-based Siemens. The venture, which had been struggling, proved itself to be turning around.

The company was able to turn a profit, grow revenue and reduce expenses, wrote Soper, despite being in a marketplace where operator spending year-over-year is expected to be flat.