Nokia World 09 played out in Stuttgart, Germany, starting Sept. 2. Like Nokia, its President and CEO Olli-Pekka Kallasvuo said, Nokia World is about “people – people like us, getting together, sharing and exploring ideas, creating and connecting. And, of course, having fun along the way.”

During the show, Nokia released details about its anticipated netbook, the Booklet 3G, and it introduced the Mini, a slimmed-down sibling to its flagship N97 device. Also introduced were the 5230 phone, the 5800 Navigation Edition, the X3 and X6 phones, Nokia’s new partnership with Facebook, and the premise of Nokia Money. Nokia also created a Solutions group for more seamlessly integrating its services and devices. Nokia confirmed that it will be bringing the Windows-based Booklet 3G to the United States, though it didn’t offer a time frame. Some media outlets are reporting that late October is likely, after the release of Microsoft’s Windows 7 operating system. The Booklet 3G weighs 2.75 pounds, features a 10.1-inch glass display that’s 1280 x 720 pixels and includes a 1.6GHz Intel Atom Z530 processor. It can connect via cellular, 3G or Wi-Fi, and it offers an impressive 12 hours of battery life – a feat Nokia attributes to its considerable experience with cell phones. The Booklet is priced at 575 euros, or approximately $817. There’s a likelihood, however, that it will arrive in the United States via a carrier, which would offer it at a subsidized rate, bundled with a data plan. The Germany carrier O2, for example, is offering it for 249 euros. The N900 will arrive in the United States in October, with an approximate sticker price of $713. Said to offer “computer-grade performance,” it features an ARM Cortex-A8 processor and allows for multiple applications to run at once. The operating system, called Maemo 5.0, is based on Linux, and Nokia hopes it will attract developers. Applications for Maemo will be available in the Ovi store toward the end of the year. Based on the same sliding tilt display design as Nokia’s flagship N97 device, the Mini offers updated home-screen widgets, 8GB of storage, a full QWERTY keyboard and a 3.2-inch touch-screen. It’s also the first Nokia phone to feature Lifecasting with Ovi, which lets users share images and more with Facebook, directly from its home screen. 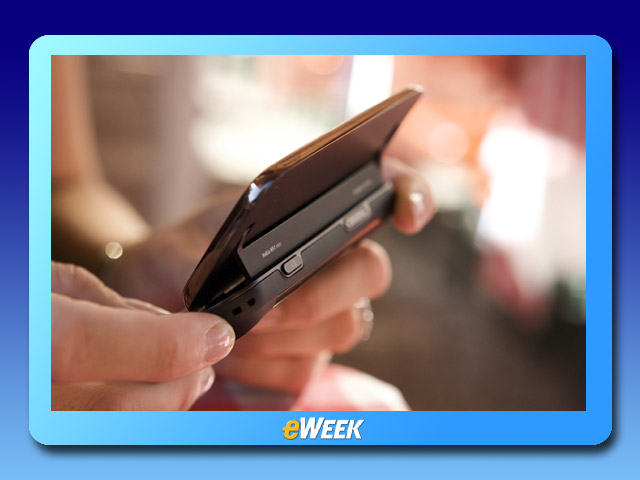 The Nokia 5800 Navigation Edition is a GPS-enhanced version of the 5800 XpressMusic. WLAN, dual-band 3G and HSDPA connectivity are included, along with lifetime licenses for Drive and Walk navigation and an in-car stand and car charger. It’ll start shipping at the end of this quarter for 285 euros, or approximately $408. Another derivative of the 5800 XpressMusic phone is the more affordable 5230. Its camera has been downgraded from 3 megapixels to 2, and a few other features have been dropped, but it’ll arrive likely in October for just north of $200. The X3 slider phone is the first Ovi Store-enabled Series 40 device. The emphasis here is on music, and the home screen, in addition to other information, shows the details of what the user is listening to. There are stereo speakers, a 2.2-inch screen, a 3.2-megapixel camera and Nokia’s Comes With Music feature – which means, unfortunately, that the X3 won’t be available in the United States anytime soon. The X6 is a big brother to the X3: the camera is bumped up to 5-megapixels, it offers 35 hours of music playback time and is optimized for online sharing and video editing. There’s TV-out, push e-mail, A-GPS, Bluetooth, WCDMA, GPRS/EDGE and HSDPA network connectivity, a 433.9MHz processor and Nokia’s Ovi Suite and Music Store services. Nokia proudly announced Lifecasting with Ovi, a new service with social networking giant Facebook. “You can cast your location based on GPS, any pictures and automatically publish it from your device to Facebook,” explained Nokia VP Kai Oistamo. With Lifecasting, N97 and Mini users can share information about where they are directly from their home screens. The devices automatically detect the users’ locations via GPS/A-GPS, and the information can be saved to the Ovi Maps Beta application. Finally, the Finnish phone-maker introduced the financial services offering Nokia Money. With this service, mobile phones can be used to make in-store purchases, pay online bills and transfer money to people using just their mobile phone number. Nokia will begin rolling it out to select markets in early 2010.