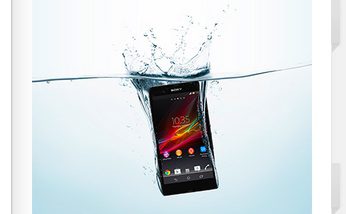 The latest challenger in the ultra-competitive smartphone market is Sony’s Xperia Z, which made its debut at the Consumer Electronics Show (CES) in Las Vegas this week and will launch globally sometime in the first quarter of this year.

The Xperia Z also includes a “stamina mode” for the battery that can improve the standby time by four times or more by automatically shutting down battery-draining apps whenever the screen is off and starting them up again when the screen is back on.

On the design side, the Xperia Z features rounded edges and smooth reflective surfaces on all sides, tempered glass and anti-shatter film on the front and back, and high levels of dust and water resistance. The phone can also be connected wirelessly through near-field communication (NFC) technology to an array of other Sony products, including speakers, headphones and a recently released Bravia television. Users can touch the Xperia Z to the remote control of the TV to view photos and videos on the big screen.

The Walkman application provides access to downloaded music, a library of 18 million songs to explore from Music Unlimited and Facebook social integration. The Movies application gives consumers access to more than 100,000 movies and TV series from Video Unlimited while the Album application enables access to Facebook friends’ photos as well as browsing photos by location.

“With Xperia Z, we are bringing over half a century of innovation in TV, imaging, music, film and gaming to create a superphone experience that truly stands out,” Sony Mobile Communications President and CEO Kuni Suzuki said in a statement. “With great specifications, Sony’s media applications, One-touch functions and outstanding battery life, Xperia Z is well-positioned for leadership in the smartphone market.”

Sony noted the Xperia z will launch with Android 4.1 (Jelly Bean) and will be upgraded to Android 4.2 shortly after launch. In selected markets, a design variant of Xperia Z called the Xperia ZL will also be released in the first quarter of 2013. The Xperia ZL offers the same entertainment experiences as Xperia Z but in a smaller form factor.