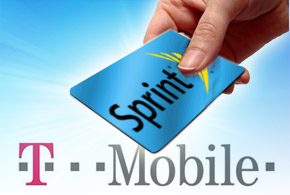 News that Sprint is considering making a bid to merge with T-Mobile has been met with something of an industrywide groan, of which the carriers have duly taken notice.

Sprint Chairman Masayoshi Son and CEO Dan Hesse expected the deal would be a tricky one to get the Federal Communications Commission (FCC) and the Justice Department to green-light. But both men were “surprised by the level of opposition and its very public nature,” the Wall Street Journal reported Feb. 10, citing people familiar with the matter.

The plan now, sources told the Journal, is to let the message they’re hearing “sink in.” If they do decide to still move ahead, “they could take weeks or more to ponder strategy and perfect their regulatory arguments,” said the report, again citing sources.

Hesse and Son met in early February with FCC head Tom Wheeler, who according to reports said he was skeptical that such a deal could keep the current amount of competition in the wireless industry intact—but that he would keep an open mind to new arguments.

Much public skepticism, if not irritation, toward the deal is informed by AT&T’s failed bid to purchase T-Mobile in 2011 (which Sprint was aggressively opposed to). Canada also offers a case study in the need for at last least four major carriers.

AT&T, after months of effort, finally walked away from the deal after the FCC expressed its disapproval—then-Chairman Julius Genachowski said in a statement that “AT&T’s acquisition of T-Mobile would substantially lessen competition in violation of the antitrust laws.” The Department of Justice filed an antitrust lawsuit to try to stop the deal, and so did Sprint.

“AT&T’s proposed takeover of T-Mobile is brazenly anticompetitive,” Sprint said in its complaint. In “one fell swoop,” it continued, the purchase would “eliminate one of four national competitors and marginalize a second (Sprint), pushing the market back toward a 1980s-style cell phone duopoly that would force consumers to endure higher prices and be denied the fruits of vigorous innovation.”

“A market with only three major carriers would be much more prone to ‘coordinated effects’ where ‘competing’ companies act as an effective cartel, even if they don’t meet secretly to split up the market,” Bergmayer continued. “All they need to do is match each others’ pricing moves and pay attention to press statements and you have the same result as an illegal cartel without any lawbreaking. This is just as bad for consumers.”

On Twitter, PC Magazine editor Sascha Segan tweeted, “Anyone who thinks three carriers is competitive, PLEASE TALK TO A CANADIAN,” while Gigaom’s Kevin Fitchard marveled in a tweet, “How soon Sprint forgets. Didn’t 8 years of wearing the Nextel albatross teach it anything?”

While the matter was seemingly still an unconfirmed rumor, the editorial board of The New York Times weighed in on it in a Dec. 31 editorial.

Pointing to T-Mobile’s recent “un-carrier” moves (as they’re dubbed by T-Mobile) the board noted that AT&T and others have been forced to respond with similar moves.

“It is hard to imagine that any cellphone company would have been as aggressive as T-Mobile if the administration had AT&T to buy the company,” the board wrote. “The logic that the government used to step in still holds today, and antitrust regulators should look closely at any proposal that would reduce competition in the wireless business.”

It’s been widely reported that if it doesn’t pursue T-Mobile, Sprint, with Softbank, will try to buy another, smaller carrier—a deal much more likely to receive federal approval.