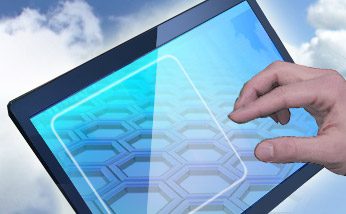 A shift in PC buying trends is causing users to increasingly consider alternatives such as delaying a PC purchase or using tablets and smartphones for more of their computing needs, with global PC shipments now expected to fall by 7.8 percent in 2013, according to the International Data Corporation (IDC) Worldwide Quarterly PC Tracker.

The updated forecast reflects the significant drop in volume of PC shipments during the first quarter of 2013 as well as the transitions happening in PC design as vendors bring products to market that are optimized for Windows 8, including more thin, convertible, touch and slate models.

“As the market develops, usage patterns and devices are evolving,” Loren Loverde, program vice president of Worldwide Quarterly PC Trackers at IDC, said in a statement. “Many users are realizing that everyday computing, such as accessing the Web, connecting to social media, sending emails, as well as using a variety of apps, doesn’t require a lot of computing power or local storage. Instead, they are putting a premium on access from a variety of smaller devices with longer battery life, an instant-on function, and intuitive touch-centric interfaces.”

Loverde noted that these users have not necessarily given up on PCs as a platform for computing when a more robust environment is needed, but this takes a smaller share of computing time, and users are making do with older systems.

In addition, the motivation to buy a new system due to falling prices or to switch from a desktop to a portable PC is contributing less to market growth than it did in the past. Meanwhile, the commercial market has been conservative with replacements, focusing on individual systems more than large upgrade projects.

However, IDC analysts expect to see some replacements happen in 2014, particularly in the commercial segment as support for Windows XP expires. While that should be taken into consideration, the report also noted the commercial market has been conservative with replacements, focusing on individual systems more than large upgrade projects.

“In addition, the BYOD (bring-your-own-device) phenomenon has moved from smartphones to tablets and PCs with nearly 25 percent of employees in organizations larger than 10 people claiming to have purchased the primary PC they use for work,” Bob O’Donnell, program vice president of IDC’s clients and displays group, said in a statement. “This means that some of the corporate PC purchases we expected this year will no longer happen.”