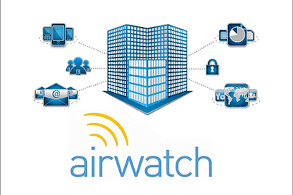 Privately held AirWatch, headquartered in Atlanta, Ga., markets enterprise software packages that handle management of devices, applications and mobile content. Its products and services likely will replace many of those from VMware’s first mobility platform, Horizon.

The increasing use worldwide of personal smartphones and tablets by employees in the enterprise is bewildering IT and security managers, thus requiring companies in all sectors to utilize new data-sharing and security approaches. AirWatch gives VMware the in-house tools needed to manage these tasks in addition to opening a set of new markets for the Palo Alto, Calif.-based software maker.

Current Mobile Lineup Not Quite Enough

“We had a mobile offering, but it wasn’t as much as we wanted,” Kit Colbert, VMware’s new CTO for the End User Computing group, told eWEEK. “We looked at the build vs. buy option, and decided the buy option was better, especially with a company as strong as AirWatch.”

AirWatch’s platform is scalable, secure and hybrid, in that the same code sets can run in a data center and in the cloud, Colbert said.

The organization itself is very customer-centric, Colbert said. “They iterate quickly on feedback from customers, and in the end, they’re very execution-focused,” he said.

VMware’s end-use computing strategy going into 2014 will focus on three areas: desktop, with the company’s View and Mirage product lines; mobile, with AirWatch and Horizon; and the common services between those two, Colbert said.

Focusing on a Workspace for All Devices

“We like this notion of a workspace, for all types of devices: a desktop, a laptop, a tablet or two, a couple of phones, a smartwatch possibly — maybe a Tesla,” Colbert said. “What you want is all your active data available across all these devices seemlessly. We want to be able to provide that in one solution.”

Analyst Jack Gold, principal analyst at J. Gold Associates, wrote in a media advisory to eWEEK that VMware needed to bolster its mobile offerings in order to keep up with market competitors.

“VMware sees AirWatch as a way to more fully extend its mobile offerings (Horizon), which while interesting, had not kept pace with much of the rest of the market,” Gold wrote. “New management under Sanjay Poonen, who was a major force behind SAP’s mobile expansion, has now taken a further step to become a major player in mobile and more particularly in mobile cloud.

“Poonen has moved into a realm he knows much about — mobile — which is why VMware hired him in the first place. This acquisition is a direct shot across the bow aimed at SAP, IBM, Citrix, Oracle and others that VMware see as a threat to their mobile cloud and virtualization ambitions.”

However, Gold said, “it will be a challenge for VMWare to integrate the AirWatch technology with its own, as is the case with any technology acquisition into an existing base. We expect that AirWatch will become the dominant technology base for any future Horizon product, and indeed, expect that Horizon will ultimately fade away in favor of the AirWatch brand.”

AirWatch brings to VMware more than 10,000 customers globally and about 1,600 employees in nine offices worldwide.

“When we started AirWatch, we set out to help businesses succeed in the mobile explosion that was set to come. Now there are more than 2 billion smart phones and tablets in the world, and more than half of those devices touch an enterprise,” co-founder and Chairman Alan Dabbiere said.

The AirWatch team will continue to report to co-founder and CEO John Marshall as part of VMware’s End-User Computing group, led by Executive Vice-President and General Manager Sanjay Poonen.

Dabbiere will oversee a new AirWatch operating board of directors, which will report to Gelsinger.

AirWatch’s Atlanta campus is expected to be expanded and serve as headquarters for VMware’s mobile business.

The acquisition already has been approved by the boards of directors of both VMware and AirWatch, and the deal is expected to close during late Q1 2014. The acquisition will be funded through a combination of cash and proceeds from approximately $1 billion of additional debt to be provided by EMC.