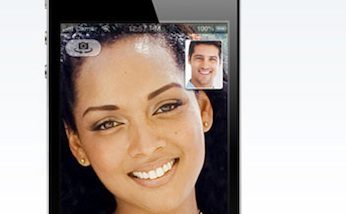 Video calls can now be placed for free during calls, whether on a WiFi, 3G or 4G connection, with anyone who also has the Vonage Mobile app.

The quality of a video call depends on the connection, though, so Vonage recommends using WiFi, where it’s available. Plus, when using video on 3G or 4G data, fees may apply, based on a user’s data plan.

With Vonage Mobile, users can switch between the front- and rear-facing cameras without disrupting the call and can also switch from voice-only to also-video, again without the need to hang up and start fresh.

“Vonage Mobile was created to match and exceed consumer demand for mobility, functionality and ease-of-use while offering great quality at little to no coast,” Grady Leno, Vonage’s vice president of product management of Mobile Services, said in an April 18 statement.

“With the addition of video calling,” Leno added, “we’ve combined the most popular communications features into one app, giving Vonage Mobile users the ability to connect face-to-face with their family and friends anywhere in the world.”

Vonage, in a perk it’s enjoyed hanging over Skype’s head, has pointed out that users can use their address book contacts to place calls. They can also use the address book or a Facebook account to invite multiple friends at once to also use the app. (Skype users, by contrast, have to search the Skype database for friends they know, and one at a time, says Vonage.)

Still another detail it likes to laud over Skype is that when adding credit to an account—users can purchase packages of $4.99, $9.99, $14.99 and $19.99—users don’t have to leave the Vonage app. They can add credit through iTunes or a Google Play account from inside the app (whereas Skype takes you out of the app to send you to its Website).

In October 2011, Microsoft completed its acquisition of Skype for $8.5 billion. This January, Microsoft—with plans to shut down Microsoft Messenger March 15— announced the integration of Skype into Outlook. With Skype 6.1 for Windows, Microsoft streamlined some things for workers. Instead of moving between email and a Skype desktop client, it became possible to place a call from inside Outlook.

It also became possible to place a call from inside Outlook to anyone in a user’s Outlook contact list, even those who aren’t Skype friends—the type of convenience Vonage might prefer Skype did without.