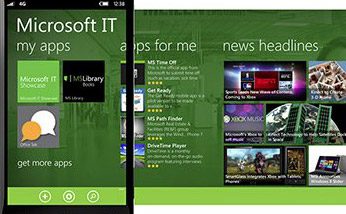 SAN FRANCISCO — Microsoft launched the new Windows Phone 8 mobile operating system Oct. 29 with a heavy emphasis on the appeal of Windows smartphones to consumers, as it seeks to finally gain traction in the smartphone market against strong OS competitors Google Android and Apple’s iOS.

Microsoft even used star power at the event here by bringing onstage actress Jessica Alba to promote a new feature of the OS called “Kid’s Corner.” It offers a separate user interface on a parent’s phone for their children with games and other child-friendly apps without accessing their parents’ apps that may be work-related.

“This is the best tech crowd I’ve ever been in front of,” said Alba, who is also founder of a company called The Honest Co., which markets nontoxic, sustainable and eco-friendly home and child care products, including diapers.

Microsoft also resolved the mystery of what it would rename the WP8 user interface, whose previous working name, Metro, was abruptly dropped in August. The UI, now called “Live Tiles,” uses the same tiles of different sizes and colors as before to denote specific applications or other functions. Users can select which apps to “pin” to the start menu because they are the most frequently used.

Also new is Live Apps, in which popular applications such as Facebook, Groupon or apps featuring financial news or sports scores provide live updates each time the user visits their start page.

The Windows online application store now has 120,000 apps “and we’re adding hundreds of new apps every day,” said Joe Belfiore, corporate vice president for Microsoft and master of ceremonies for the launch event. The inventory in Microsoft’s application store still pales in comparison to the number of apps from Apple (975,000) and Google (675,000), but app developers are taking a growing interest in writing apps for WP8.

The Microsoft store also offers 46 of the top 50 most popular apps, Belfiore said, including Facebook, Twitter, Groupon and the Weather Channel.

Windows Phone 8 also offers an integrated Skype application, which allows users to make Skype calls over the Internet as easily as they can make a call over their wireless carrier’s network, he said. Microsoft acquired Skype for $8.5 billion in 2011.

The consumer focus of Windows Phone 8 is an attempt to make using a WP8 phone a more personal experience for the user, said Steve Ballmer, CEO of Microsoft.

The OS is designed to work with SkyDrive, Microsoft’s cloud-based file storage service, so that people can store documents, photos, music and other content in the cloud, which means that content is also accessible on Windows 8 PCs and tablets as well as WP8 smartphones.

“Remember that Windows Phone 7 was the 1.0 product, and often the market doesn’t move until the 2.0 offering,” said Rob Enderle, principal analyst with Enderle Group, a research firm. “WP7 did kind of change the environment, but it didn’t really push the envelope and didn’t show us the full capability of the interface. I think [WP8] pretty much does it.”

Microsoft has also distinguished itself by creating a unique mobile UI with Live Tiles versus the rows of icons typical of the Apple iPhone and Google Android, the latter of which Microsoft’s Belfiore said “copied” the look of the iPhone in its OS.

Windows Phone 8 devices will be rolled out at different times between now and the end of the year, depending on the device manufacturer and the carrier, said Ballmer. They will also be available globally at various carriers starting this weekend. All models, regardless of U.S. carrier, will be available at the Microsoft Store, a chain of 65 retails stores, mostly in the U.S., and from Microsoft online.