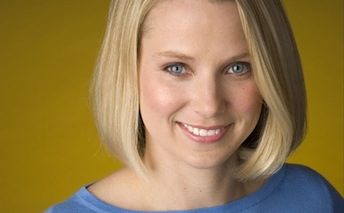 Yahoo CEO Marissa Mayer has emphasized how important Yahoo workers are to her mission of making the company once again a leading mobile brand. But a new initiative to build a stronger Yahoo team isn’t sitting well with all Yahoos—as the staff is called internally.

Jackie Reses, Yahoo’s chief of human resources, acting on instructions from Mayer, sent out a company-wide memo explaining that as of June, all workers—including those with remote-working arrangements—will be expected to work in the office, All Things D’s Kara Swisher reported Feb. 22.

Reses reportedly said in the confidential email, posted by the SFGate:

To become the absolute best place to work, communication and collaboration will be important, so we need to be working side-by-side. That is why it is critical that we are all present in our offices. Some of the best decisions and insights come from hallway and cafeteria discussions, meeting new people, and impromptu team meetings. Speed and quality are often sacrificed when we work from home. We need to be one Yahoo, and that starts with physically being together.

Swisher added that the change in policy will affect several hundred Yahoo employees, some of whom told her they’re feeling angry or duped “because they felt they were initially hired with the assumption that they could work more flexibly.”

Mayer has kept the mobile industry intrigued since she left Google in July 2012 to become Yahoo’s fifth CEO in four years, and while seven months pregnant.

In January, at the World Economic Forum in Davos, Switzerland, Mayer sat with Bloomberg Television’s Erik Schatzaker for her first official interview since becoming CEO. When asked what she had focused on during her first months, Mayer—making her recent decision not terribly surprising—said her focus “was on people.”

Mayer went on to explain:

I believe technology companies live and die by talent. That’s why when people talk about the talent wars—when you see the best people migrating from one company to the next—it means that the next wave has started.

I got very focused on people—building the right team, and particularly the executive portion, but all throughout the business, and also the overall environment. I wanted to make sure that Yahoo is the best place to work and that people really want to come and work there. That will help with the talent piece.

I also believe that really strong companies have strong cultures. Yahoo has been no exception. It has a strong culture. … I wanted to find a way to amplify it. That is how you find the energy. You can harness that into innovation … you can take that energy around culture and find fun ways to apply it to engage users.

PB&J refers to “process, bureaucracy and jams,” a quick way to make a problem-solving idea heard.

Upon taking the helm, Mayer also made the food in Yahoo’s cafeteria free to staff (as is the policy at Google), implemented a company-wide Friday afternoon meeting (another Google policy), and made changes to the layouts of some Yahoo work spaces to make them more “collaborative and cool,” Swisher reported in July 2012.

Perhaps suggesting, among other things, that she eats her own PB&J (or dog food, as the less-appealing industry term goes), after giving birth to her son in late September, Mayer took a two-week maternity leave and was back in the office.