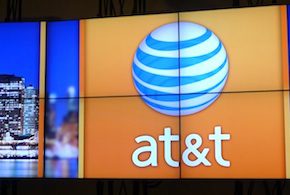 AT&T is paid more than $10 million a year to help the Central Intelligence Agency (CIA) with its “overseas counterterrorism investigations,” The New York Times reported Nov. 7. AT&T has a voluntary contract with the CIA, and is “not under subpoenas or court orders compelling the company to participate,” said the report, citing government officials.

According to The Times, the CIA captures the phone numbers of terrorism suspects abroad and gives these to AT&T, which searches its database for records of calls related to that number.

AT&T “has a huge archive of data on phone calls, both foreign and domestic, that were handled by its network equipment, not just those of its own customers,” said the report.

Due to laws prohibiting the CIA from spying on Americans in the United States, when one end of a call is in the United States, AT&T hides a few digits of the number. If one of these numbers turns out to be of interest, the CIA can then appeal to the FBI, “which can issue an administrative subpoena requiring AT&T to provide the uncensored data.”

News of the arrangement adds greater complexity to a growing global conversation—or debate—about the U.S. government’s spying or security-minded tactics and the ways that high-tech, consumer-facing companies are made to participate in them. It was a conversation initiated by the June leak of National Security Agency (NSA) documents to The Guardian by former NSA contractor Edward Snowden.

In August, The Washington Post reported on BLARNEY, a “voluntary cooperation” program that predates the PRISM spying program revealed in the Snowden documents. BLARNEY, which dates to the 1970s, consists of a “secret surveillance economy in which government officials set financial terms for programs capable of peering into the lives of almost anyone who uses a phone, computer or other device connected to the Internet,” reported The Post.

“AT&T, for example,” the report said, “reported that it charges $325 to activate surveillance of an account and also a daily rate of $5 or $10, depending on the information gathered. For providing the numbers that have accessed cell towers, meanwhile, AT&T charged $75 per tower.”

Verizon and Sprint were said to also participate and receive millions of dollars for their troubles.

The practices of U.S. companies, voluntary or otherwise, have been criticized abroad. (Apple, in a Nov. 5 report, described itself as under a gag order by the U.S. government, when it comes to being transparent about user data.) AT&T’s relationship with the CIA will certainly be a point of interest as the company pursues a deal to acquire U.K.-based Vodafone.

“European regulators and politicians have vowed to intensely scrutinize such a deal,” The Times reported.

While no deal exists yet between AT&T and Vodafone, AT&T executives are “laying the groundwork internally” for a potential takeover of Europe’s largest carrier as soon as 2014, Bloomberg reported Nov. 1.

A combined AT&T and Vodafone, that report added, would have 500 million subscribers and a market capitalization of more than $250 billion, giving the entity enough muscle to take on Apple and Google over handsets subsidies and eek greater profits out of mobile advertising.

If the deal doesn’t go through, AT&T, which has no real opportunity for massive growth in the United States, is considering U.K. carrier EE as a backup plan.