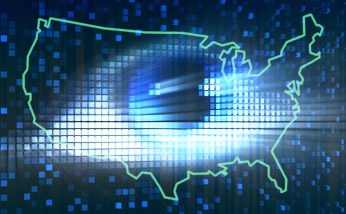 A security contractor for the National Security Agency identified himself as the source of top-secret documents leaked to The Guardian, a U.K. newspaper, that have stirred up controversy in the past week over the extent of the surveillance activities of the U.S. agency.

The reported relationship between the contractor, 29-year-old Edward Snowden, and the newspaper resulted in a number of high-profile stories last week on the clandestine activities of the Obama administration, including the handover on a daily basis of information on phone calls made by millions of Americans.

Over the weekend, the newspaper released additional top-secret documents on a program, known as Prism, for requesting and gaining access to the email and account information of foreign nationals from major Internet providers, when ordered by a warrant issued by the secretive Foreign Intelligence Surveillance Court. In addition, the newspaper had screenshots of another system, called Boundless Informant, for tracking intelligence capabilities worldwide.

In his interviews with The Guardian, Snowden, an employee of consulting firm Booz Allen Hamilton, said he had become uncomfortable with the extent of the U.S. government’s spying on its citizens and its activities worldwide.

“The government has granted itself power it is not entitled to,” he told The Guardian. “There is no public oversight. The result is people like myself have the latitude to go further than they are allowed to.”

Snowden, who worked first as a contractor at the Central Intelligence Agency (CIA) and then at the NSA, became disenchanted with the way the United States handled its intelligence operations over the past three years. He had hoped that the Obama administration would bring change, but when that did not occur, he decided to find ways to leak a limited subset of the information he handled, he told The Guardian.

“They are intent on making every conversation and every form of behavior in the world known to them,” he reportedly said from a hotel room in Hong Kong, where he hoped he might find asylum.

While the Office of the Director of National Intelligence (DNI) refrained from commenting on Snowden’s reported admission, it did release on June 8 a statement correcting initial errors in reports on Prism, which had asserted that it allowed direct access to any account information kept at any of nine major U.S.-based Internet providers.

Instead, Prism is the name of an internal government system for facilitating the request and receipt of lawful requests for information on foreign nationals under Section 702 of the Foreign Intelligence Surveillance Act (FISA), the DNI stated.

“The Government cannot target anyone under the court-approved procedures for Section 702 collection unless there is an appropriate, and documented, foreign intelligence purpose for the acquisition—such as for the prevention of terrorism, hostile cyber-activities, or nuclear proliferation—and the foreign target is reasonably believed to be outside the United States,” the DNI said in its statement.

The leaks of top-secret documents, the most significant since Bradley Manning turned over a database of U.S. State Department memos to Wikileaks, will certainly have political repercussions for both the U.S. government and companies that have cooperated with its intelligence gathering. Yahoo and the other major Internet providers—such as Google, Facebook, Twitter and Microsoft—have been quick to distance themselves from the activities.

“Yahoo has not joined any program in which we volunteer to share user data with the U.S. government,” Ron Bell, general counsel for Yahoo, said in a statement. “We do not voluntarily disclose user information. The only disclosures that occur are in response to specific demands. And, when the government does request user data from Yahoo, we protect our users.”

“We provide customer data only when we receive a legally binding order or subpoena to do so, and never on a voluntary basis,” the company said in a statement sent to eWEEK. “In addition we only ever comply with orders for requests about specific accounts or identifiers. If the government has a broader voluntary national security program to gather customer data, we don’t participate in it.”

While the leak of top-secret information is harmful to the interests of the United States, the nation’s citizens are well-served by the forced transparency, according to well-known security expert Bruce Schneier.

“Knowing how the government spies on us is important,” he wrote in an opinion piece for the Atlantic Monthly. “Not only because so much of it is illegal—or, to be as charitable as possible, based on novel interpretations of the law—but because we have a right to know. Democracy requires an informed citizenry in order to function properly, and transparency and accountability are essential parts of that.”