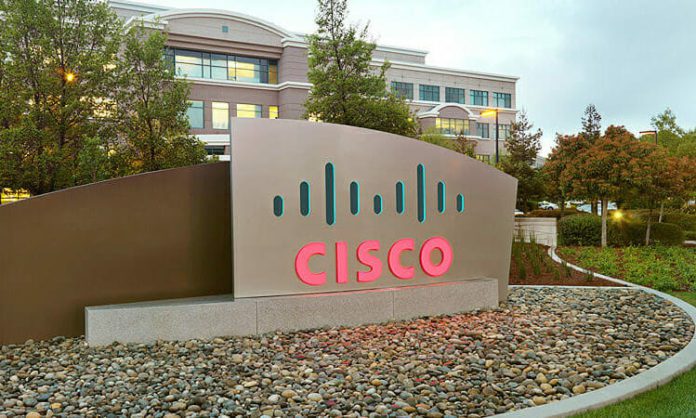 Earlier this month, Cisco Systems announced its Q2FY21 financial results, and the numbers were strong but not spectacular. While there are lots of publicly-traded companies in the markets Cisco populates (networking, security, collaboration, service providers), the company is viewed by many as a bellwether for tech spending because its portfolio is so broad. In fact, in many of the segments in which it sells products, it is the de facto standard market-share leader. So as goes Cisco, so goes the industry.

I provided some detail on the quarterly results–in addition to my thoughts on what they meant from an industry perspective–in my most recent ZKast video podcast. I also touched on two other key newsworthy items: Masergy’s partnership with Cisco Webex and the relaunch of Box Shuttle. Co-host Mark Reed-Edwards and I also touched on what’s going on with Zoom and virtual filters. Highlights of the video talk follow.

The company reported a modest Q2 beat ($11.960 billion versus $11.925 billion) but noted demand was improving across all of its verticals. Product detail announced was somewhat expected as areas of strength were security (up 10% YoY), Webex, Meraki, Catalyst 9000 and Nexus 9000. Most of these products have a direct impact on work from home impact, so growth here would be expected.

Areas of weakness included routing, on-premises UC and data center–technologies that are used in traditional offices. The interest came in post earnings commentary, where CEO Chuck Robbins discussed how Cisco customers have stated there is pent-up demand for employees wanting to return to the office.

He added that workers like the option of working from home but don’t want to be forced to do so 100% of the time. This is consistent with much of the feedback I’ve had when talking to business leaders about a return to the office. This means there is likely to be a surge in infrastructure spending in the back half of the year as companies beef up their in-office technology

Managed service provider Masergy announced last week that it is enhancing its UCaaS offering with the addition of Webex. Previously, Masergy had offered its own branded collaboration platform, but this will now give way to the market-leading Webex product. This will enable Masergy to combine its cooling service with Webex meetings and video creating a single application experience.

Customers also have the option of purchasing SD-WAN from Masergy, which should be a no-brainer for its customers. When collaboration is shifted to the cloud, WAN traffic patterns change dramatically.

Legacy networks were not designed for the rigors of cloud calling and video, where SD-WANs and SASE can handle real time services much better. Masergy has a very sophisticated network that was designed from the ground up for real time, giving it a distinct advantage over many of the incumbents, such as Verizon and AT&T.

Box, the industry’s top cloud content management provider, announced it had revamped Box Shuttle, its content migration service. While it may seem desirable, particularly in a work-from-home world, to move content to a single cloud, the reality is migrating the data from on-premises solutions or other clouds is filled with complexity. Shuttle is a managed service that includes migration tools as well as the necessary services to ensure the transfer of data is done quickly but accurately.

This newest version of Box Shuttle businesses to migrate data from more than 15 sources, including Microsoft OneDrive, Google Drive, SharePoint and others. Other cloud providers, such as Google and Microsoft, offer “free” migration services, but the lack of pro services leaves the customers at risk.  There’s an axiom that states “you don’t get what you don’t pay for,” and that’s certainly true with content migration. Customers often find that free gets very expensive quickly.

Zoom and cats highlight the need for invisible artificial intelligence

Last week there was a news report of a Texas lawyer, Rod Ponton, who showed up in court as a cat because of a Zoom filter. This brings up an interesting challenge for the collaboration vendors: Products like Zoom, Cisco Webex, Avaya Spaces and others are loaded with AI features now, like virtual backgrounds, filters, emojis and others to make the platforms fun to use. What happened to attorney Ponton underscores how AI still has a long way to go in becoming easier to adopt–not just by the technically savvy, but by everyone.

As an example, at one point, attorney Ponton stated: “I am not a cat.” At that point, an AI bot could have prompted the user to ask if he/she wanted the filter removed. To be clear, I’m not blaming Zoom.  They built features based on user feedback and demand, and there are people who certainly do have fun with many of the features. However, they need to be designed in a way that makes it dead easy for everyone to use, and that’s the power that AI can bring.