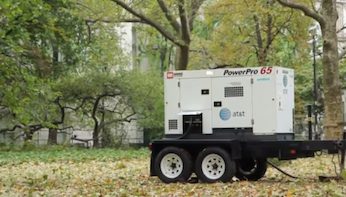 AT&T’s efforts to grow out its 4G LTE network is getting a boost from the Federal Communications Commission, which is giving the wireless carrier access to additional much-needed spectrum.

The FCC determined that the transactions weren’t likely to result in competitive interest or public interest harm, and might actually do some good.

“These transactions are likely to result in certain public interest benefits by facilitating the transition of long-underutilized WCS spectrum towards mobile broadband use, thereby supporting our goal of expanding mobile broadband deployment throughout the country,” the FCC said in its memorandum.

The FCC voted Oct. 17 to free up the WCS spectrum, after AT&T submitted a proposal explaining how it would make use of the band, which otherwise hasn’t been a fit for wireless broadband deployments. AT&T’s current Long Term Evolution (LTE) network is a cobbled-together assortment of 700MHz and AWS licenses, but it has been working to purchase WCS spectrum from as many sources as possible in order to create a large, continuous swath of coverage.

“AT&T took real risks to develop this underutilized band and is committed to devoting the resources necessary to unlock its full potential,” Joan Marsh, AT&T’s vice president of federal regulatory practices, wrote in an Oct. 17 post on the AT&T Public Policy Blog, following the FCC’s vote.

In a Dec. 18 post, Marsh celebrated that an “era of dispute and uncertainty surrounding the WCS spectrum band is finally over.”

She applauded the efforts of the FCC commissioners and added, “Repositioning the WCS band for LTE deployment is a significant accomplishment which will spur aggressive investment by AT&T and create good paying jobs across the wireless and technology ecosystems.”

Spectrum is a highly prized and increasingly hard-to-come-by resource in a mobile market in which the wireless carriers’ futures depend on their ability to roll out 4G networks.

AT&T spent most of 2011 trying to convince the FCC to let it purchase T-Mobile, which it primarily wanted for its spectrum. After AT&T failed to receive approval, executives were vocal about their frustrations and the government’s need to free up spectrum and in a timely manner.

“I hope I’m wrong,” AT&T CEO Randall Stephenson griped during a Jan. 26 earnings call, “but it appears the FCC is intent on picking winners and losers rather than letting these markets work.”

AT&T then went to work making smaller purchases that kept it out of the spotlight. Its rivals have largely done the same, though T-Mobile and Sprint recently made headline-making deals that significantly improved their spectrum and future LTE positions.
T-Mobile signed an agreement to acquire MetroPCS, which rolled out its first LTE market ahead of even Verizon Wireless, and Sprint, after selling a portion of the carrier to deep-pocketed Softbank, signed a deal to buy the remaining shares of Clearwire. On its Website, Clearwire brags that it has “more spectrum than anyone”—a brag that will soon belong to Sprint.

“This is also a win for our customers,” said AT&T’s Marsh, “who will benefit from today’s order for years to come as we realize the spectrum’s full potential to enhance our wireless broadband offerings.”