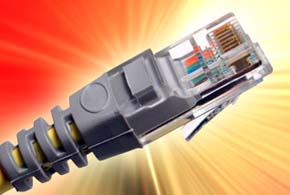 The GSMA says it wants to “reset” the discussion surrounding 5G development and how such networks should be defined, but says there is plenty of life left in 4G, which is providing a boost to European mobile operators and the wider economy.

A number of different projects around the world are working on the development of 5G networks, including the 5G Innovation Centre (5GIC) at the University of Surrey, but many different technologies have been labeled “5G,” creating confusion.

The GSMA, which represents the mobile industry, hopes its intervention will influence development and the standardization of the technology, so potential applications can be identified and regulatory frameworks, such as spectrum allocation, can be formulated.

“Already being widely discussed, the arrival of 5G will help deliver a fresh wave of mobile innovation that will further transform the lives of individuals, businesses and societies around the world,” says Anne Bouverot, Director General, GSMA. “Of course, 5G is still to be standardized by the industry and it has not been fully agreed what 5G will look like or what it will enable.

“However, the GSMA is already collaborating with operators, vendors, governments and other industry organizations in ensuring that the future 5G standard is both technically and economically viable.”

The first definition describes 5G as a combination of existing cellular and wireless technology to improve coverage and availability through the creation of a dense network that can support M2M. The GSMA says this is more of an evolution of existing technology whereas the second perspective outlined is more representative of a true generational shift with specific technical features.

Both definitions identify eight core technical requirements—speed, latency, network densification, coverage, availability, operational expenditure reduction and field life of devices—but in the GSMA’s eyes only the first two relate to a true generational shift as the others are economic considerations or can be applied to other types of wireless technology.

The 5GIC claims the true defining feature of 5G will not be speed, although it says 800Gbps in an extremely dense network environment is possible, but the impression of “infinite capacity.” The GSMA expects 5G networks to offer at least speeds of 1Gbps and sub-1 millisecond latency and only applications that require at least one of those features can be considered a true use case.

These include virtual reality or augmented reality gaming, wearable and health apps, connected cars and wireless cloud office applications, but many more potential apps have not yet been identified and will only become apparent as 5G nears commercialization.

“Our new report aims to reset the discussion on 5G, drawing the distinction between a true generational shift versus the on-going evolution of existing technologies that are already delivering a next-generation mobile experience,” adds Bouverot. “The GSMA will support the industry to continue to innovate and grow, working in close collaboration with our members, the wider mobile ecosystem, governments and other industry organizations to deliver a digital future for all.”

However, the GSMA says mobile operators immediate focus will be on the ongoing rollout of 4G, predicting that $1.7 trillion will be spent on network investment by 2020—most of it on 4G. Just five percent of all mobile connections are LTE at present, but this is expected to increase dramatically. Indeed, the GSMA recently told TechWeekEurope about its efforts to secure more spectrum for 3G and 4G services in a bid to support the world’s growing appetite for data.

This rollout is already having an impact on Europe and 4G will account for half of all connections on the continent by the end of the decade. The GSMA says will help mobile operators suffering from competitive, highly regulated and economically sensitive markets and slowing revenues from legacy services.

The GSMA says it wants to work with the new European Parliament to improve the environment for operators even further, arguing that 4G deployments are aiding the economy. The body says the mobile industry contributed 3.1 percent of Europe’s GDP in 2013, equivalent to €433 billion and is expected to reach €492 billion in total economic value by 2020.

“There are encouraging signs that Europe’s mobile industry is beginning to recover as both operators and consumers begin to see the benefit from the billions of euros of investment in 4G networks over the last few years,” continued Bouverot.

“Ongoing investment in networks and services, and particularly extending network coverage, will be vital in supporting Europe’s economic recovery and in delivering the world-class connectivity needed to prosper in an increasingly digital global economy. Europe’s operators must have the commercial freedom to develop new business models, innovate at the network and service levels, and offer customized services that can attract investment and drive innovation and competition in the global marketplace.”