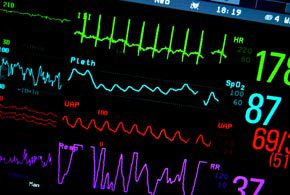 BOSTON—The prognosis for the health care industry in the digital age is not good, but that hasn’t slowed efforts to use technology and connected devices to improve patient care.

The major issue confronting the group is that rather than improving health care, technology is seen as a barrier. “Medicine used to be simple and effective. Now it’s complex and potentially dangerous,” said Dr. Stanley Huff, Chief Medical Informatics Officer for Intermountain Healthcare.

Dr. Huff praised the work already being done to add decision support systems to points of care—Intermountain has 150 support models—but it’s not enough. “There are literally 5,000 [models] that we could do. But unless we fundamentally change what we are doing we’re never going to have the impact that we could have.”

Furthermore, he said, lack of interoperability leads to medical errors or, at least insufficient care for providers not equipped with the technology. Huff cited statistics that medical error is the third leading cause of death—on average, 250,000 preventable inpatient deaths per year.

“That’s about 700 people a day,” he said. “I can’t figure out why this isn’t an epidemic. Either people don’t believe the numbers … or people don’t think anything can be done. That’s not true, and interoperability is what can really help us.”

Enter the internet of things

The conference highlighted a few areas where progress is being made. The OMG’s Industrial Internet Consortium (IIC) runs several IoT “testbeds” that bring vendors, solution providers and research groups together to create workable solutions.

The IIC’s Connected Care testbed, formed about two years ago, recognized that there’s no shortage of medical devices recording patient data. But there was no automated, real-time means to extract the data, or a way to create a complete picture of the patient. Also, dozens of siloed devices can create an overload of alarms, which can itself cause “alert fatigue” that can result in fatalities.

A further problem is the role of the electronic medical record system (EMR). Even if the EMR can collect data from a device, oftentimes only a small fraction of the data gets into a patient record, which can create an incomplete and potentially dangerous picture.

The answer, in the spirit of the OMG’s work over the years, is middleware and one of its specifications, DDS (Data-Distribution Service), is at the center of the Connected Care testbed. The provider of the DDS implementation is Real-Time Innovations (RTI), which is working with MD PnP (Medical Device Plug-and-Play Interoperability Lab), a venture backed by Massachusetts General Hospital and the Partners HealthCare System to create standards for integrated clinical environments (ICE).

“The testbed originally had a very wide scope, soup-to-nuts IoT platform with cloud connectivity all the way down to the device and sensor connectivity,” David Niewolny, IoT Solutions Leader for RTI and testbed co-chair, said in an interview with eWEEK.

“We’ve dialed that back and looked at the more critical issue, which is real-time data within a patient room, and trying to get to a point where you have access to more data than you’ve had before—not just data that’s going into the patient record.”

Niewolny said that the group has created a connectivity platform and data model based on the MD PnP’s Open ICE standard. Starting this fall, the testbed will begin tests with real patient data, rather than simulations. And work is being done now to attract application and analytics vendors.

One of the partners currently working with RTI and MD PnP is DocBox, a start-up that has built its solution for connecting devices around the same technology as the testbed. DocBox, which developed its technology with grants from the Department of Defense and sells its systems in India, Africa and Asia, is set to get Food and Drug Administration approval by the end of this year and plans to launch in the U.S. in the first quarter of 2019, according to Tracy Rausch, CEO of DocBox. “There is a pent-up need in health care for high-quality, structured clinical data, for patient safety concerns and operational efficiency,” she said in an interview with eWEEK.

DocBox’s solution, which includes a server, software and user interface in each patient room, seeks to ensure that devices are talking to one another rather than independently, and presents to hospital staff a holistic, “patient-centric” view rather than just what gets put into the medical record.

“Everything is siloed in the hospital. It’s siloed at the bedside. Pumps only talk to the pumps server,” Rausch said. “Monitors only talk to the monitoring server. And they expect us to put all that data back together and synchronize it at the end of the day.”

Despite this progress, there is a long way to go in this area. Grand visions of IoT saving patients, if not the world, are still years away. For now, DocBox and other are trying to focus on a few core use cases and hoping they will be able to be applied more broadly.

“What will truly make this successful is breaking these solutions down into actionable, single problems,” said Niewolny, “creating a string of base hits rather than swinging for the fences and trying to create an entire IoT system that’s going to be all things to all people.”

Dr. Julian Goldman, head of MD PnP and co-chair of the IIC testbed, is encouraged by the progress being made, at least considering where the industry has come from. “We used to have a one-to-one or peer-to-peer idea of what interoperability should look like, a view based on the technology of the time (the mid-1990s),” he said during a panel discussion.

“Now when we talk about interoperability it’s colored by different tech, by platform-based technology, the edge and the internet of things,” he said. “We are in a better place today than we were when we started thinking about this. But we still have a real challenge with a lack of natural alignment of the incentives to improve the quality of health care and leverage the best technology to help you do that.”