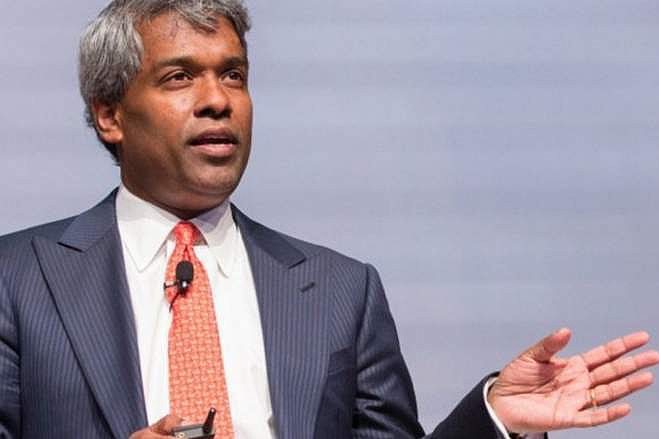 Maybe all that was keeping Google Cloud from being a true challenger to Amazon Web Services and Microsoft Azure was to be less like Google and more like Oracle, or even SAP.

That’s what it looks like in the wake of the Google Cloud Next conference, and yesterday’s news of former Oracle executive and current Google Cloud CEO Thomas Kurian welcoming the former cloud chief of SAP, Robert Enslin, to Google Cloud.

The traditional enterprise software axis of Oracle and SAP has infiltrated Google, which until now was known as a technology powerhouse that was lacking in enterprise chops.

Google thought that VMware veteran Diane Greene, who came to Google in late 2015, could bring Google Cloud up to the level of the competition. Greene made some significant strides in focusing Google’s product offering, but the cloud business was not gaining ground on AWS or Azure in the category that matters most—enterprise customers.

Kurian, of course, created a stir last fall by abruptly leaving Oracle, where he was the chief executive in charge of cloud and software under Larry Ellison. Originally Kurian announced he was taking a leave of absence, but soon after it was announced he’d been hired as Google Cloud CEO.

One of the first things Kurian did was bring on his former No. 2 at Oracle, Amit Zavery, as Head of Platform for Google Cloud. As Executive Vice President at Oracle, Zavery oversaw Oracle Cloud Platform (PaaS), middleware, analytics and Java.

The Enslin move solidifies the strategy of bringing enterprise experience to Google. The new President of Global Customer Operations will look to continue to build out solutions for enterprises, with a special focus on vertical industries—a topic that Kurian hit on during his Next keynotes last week. He announced many new large customers from retail, finance, media, manufacturing, logistics and transportation.

“Google still needs to develop a level of sophistication about the enterprise, but it has made big inroads so far and are well on their way,” said Ajit Thomas, managing director, Accenture Google Cloud Business Group, in an interview with eWEEK. “The good thing is Kurian is investing in people for facing off against clients. That’s very healthy, and we are seeing that mentality accelerate through the company. And with lots of new customers, anchored by vertical industries, they are picking their spots on where to win in the enterprise.”

A Cloud Built for the Enterprise

On the product side, Google took two big steps in enabling customers to harness Google’s technology more easily and effectively. It announced Anthos, a Kubernetes-based platform for enabling true write-once, run-anywhere portability for container-based applications in any cloud and on premise. Also, the company has made working with AI even easier with the AI Hub, a collaboration tool for developers, data scientists and DevOps administrators.

Google can no longer rely on the power of its in-house tech to win the cloud wars. One of Google’s problems all along has been that many of its cloud products are based on applications Google built to support its own advertising and search business, yet there are few customers in the world who can use these tools the way Google can.

Two examples of that are the container orchestrator Kubernetes (originally conceived as “Borg”) and the Spanner distributed database. Kubernetes has spawned a large and vibrant community to make it easier to use and integrate. Meanwhile, startup Cockroach Labs took the concept of Spanner and built a version of it that can be deployed on other clouds and on premise.

“Our founders came from Google and saw a need for a broader commercial version of big data problems that [Google] was solving for themselves with Spanner,” said Kurt Heinemann, Chief Marketing Officer

of Cockroach Labs. “Spanner was built with Google’s needs first and then commercialized. We built around the absolute needs of the customer, with cloud neutrality and data locality with CockroachDB.”

Google Cloud Not for Everybody–Yet

When Greene hosted the first Google Cloud Next conferences, she told attendees that she wanted the Google Cloud to be their cloud, too. As we have seen, Google’s Cloud is not for everybody.

It will be a fine line Google continues to walk between running its own business while developing cloud products and services for the enterprise. But if Kurian’s enterprise vision is a success, then Google Cloud will be part of a new three-horse race in the cloud.