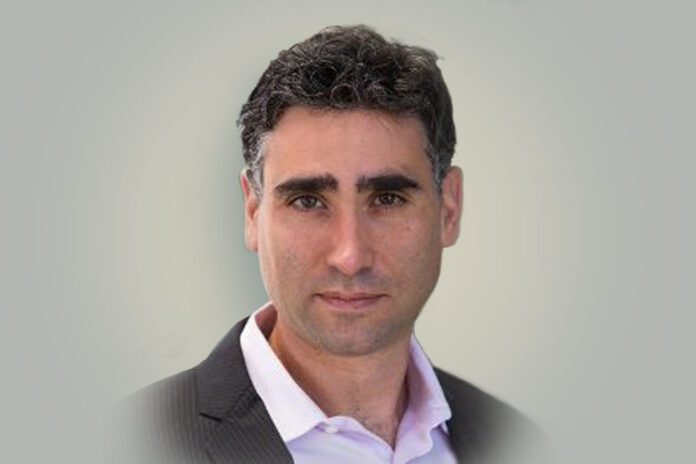 SANTA CLARA, Calif.—Martin Casado has a special perspective on what is going on with software-defined networking. At the Open Networking Summit here this week, he was introduced as an SDN pioneer, having founded Nicira and developed the NSX network virtualization platform.

In 2012, Nicira was acquired by VMware, where Casado stayed until leaving for investment firm Andreesen Horowitz, where he helps manage other startups that are playing key roles in the burgeoning SDN ecosystem.

Companies including Mashape for API management; RapidAPI for its API marketplace; Cumulus, maker of the Cumulus Linux network operating system; and Barefoot Networks, which recently rolled out its programmable network switch chip, Tofino. eWEEK caught up with Casado after his keynote.

Where are we in the lifespan of software-defined networking? Where are we now and where do we have to go?

Right now SDN is relatively mature. But I like to define networks by what they connect. The next really big shift is what’s going to be connected next. It used to be that networks connected computers, and then virtual machines and containers. The next thing networks are going to connect is microservices, sets of functions. The whole world is going APIs. The end point has evolved, not to a container but to an API. We need to discover these, we need to connect to them, we need security around them. I think we are going to see a whole refresh of infrastructure around that.

Another thing that networks are connecting all the things that are connected to the internet that interact with the real world. We’ve seen some major advancements in the last five years around AI [artificial intelligence], robotics, 3D printing and sensors that have allowed us to build devices that interact with the physical world, and all of those need to be interconnected. And they have different requirements from the network.

What are some of the companies you are investing in that can help there?

One that was announced just recently is called Mashape. They are the creators of Kong [API Gateway]. More and more of the world is going microservices, so more and more of the world is being made available over an API. And so if you have an API, you need infrastructure to support that, to be the air traffic controller, to manage security, credentials, load balancing. None of the traditional API gateways support modern environments. Kong is a breakaway, lightning-in-a-bottle open-source project.

The second one is called RapidAPI, which is an API marketplace. It’s not about content on web pages anymore; it’s about APIs, so you need a platform to find those and to interact with them.

What are your thoughts on the convergence of networking and programming, and what that means for writing applications for the network?

There’s a lot of confusion around this. It’s still not clear to me if developers want to program the network. System builders do. Arista Networks—they want to program switches and everything. Cisco does. Cumulus does. But it’s not clear to me that developers who work on end applications do. I would argue that they don’t. Over time, end application developers care less about the underlying infrastructure. … That said, you are seeing large companies like Google and Facebook but also Goldman Sachs, they are becoming basically switch implementers. They are building their own switches. And they definitely do want to program their own boxes.

But I wouldn’t say they are application developers. If you are an application developer, you don’t want to [program the network], but the people that build systems, they definitely want to. My original assumption was that programming a network was just programming. But what I learned is solving a problem for networking is very different for solving a problem for computation.

The large telcos have really embraced software-defined networking and network functions. How close are we from bringing this into the average enterprise?

VMware just announced a couple months ago that NSX was a billion-dollar run rate product. It’s a really significant product that has a very broad customer base. Of the many things that I learned [at Nicira] is that there is no one network. There isn’t “A Network.” There is the data center network, the campus network, the wireless network, the WAN, and they’re all going to evolve at their own pace. When it comes to virtual networking for VMs [virtual machines], NSX is classic SDN, which is fairly mature.

There are other areas that are starting to mature, like the white box. We’re seeing a massive deployment of white boxes in traditional enterprises. Cumulus is the leader in this space, and they are seeing fantastic uptake from customers, even very traditional large customers. I think SD WAN is another area that we are seeing real maturation.

What do you think about what Barefoot Networks is doing with network hardware and programming?

One of the frustrating things about building networking software is that you don’t have programmable chips. If you are building software for compute, you have general programmability. But for us, all of the networking chips were from traditional vendors, like Marvell and Broadcom, with fixed functions, and we’d go to them and say we just want some basic programmability, and they would always say no, basically.

It’s not just a startup thing [at Nicira]. It’s also the case for VMware. Either they didn’t know how to do it or they didn’t want to do it. But as a software player, it’s impossible for us to have them put any functionality. We got zero in 10 years of trying. The great thing about Barefoot is it’s got programmability built in by design, and probably the fastest chip on the planet, with full expressability. If Barefoot had existed, we would have been able to use that to do the functions that we wanted. I think this is a huge improvement.

What are your thoughts on the conference 10 years after you started Nicira?