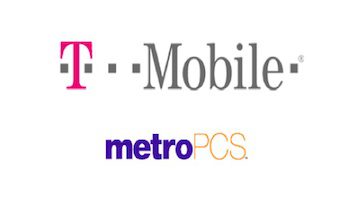 Rumors of planned layoffs at T-Mobile’s Bellevue, Wash., headquarters have unfortunately come to fruition. As many as 300 employees were laid off, the The Seattle Times reported March 28, and in a manner that left many disappointed that the carrier out to change the way consumers are treated could have so little regard for its own employees.

One employee told The Times she realized she was on the list of jobs to be cut when she received an electronic calendar invitation to meet with a supervisor in one of several reserved conference rooms.

After working all weekend to prepare for a major T-Mobile event in New York City March 26, she said she was told, “‘You have a half an hour to do whatever you need to do then give your badge and leave.'”

During the New York event, T-Mobile CEO John Legere spoke of how excited T-Mobile employees were to be rolling out its new Simple Choice plans. What T-Mobile is now offering the public, Legere said the carrier had long been offering in-house.

“The T-Mobile employees, they knew the answers [to the industry’s frustrations] all along. They’ve been dying to roll this out,” he told the assembled press.

The former T-Mobile employee additionally told The Times about posters hung throughout T-Mobile’s headquarters that say things like “Integrity and respect guide our decisions.”

T-Mobile is simplifying its service offers, and streamlining its staff, because its deal to merge with MetroPCS is becoming more complex.

A planned merger between the nation’s fourth- and fifth-largest carriers has been cleared by the Federal Communications Commission, the Department of Justice and the Committee on Foreign Investment in the United States. (The German carrier Deutsche Telekom owns T-Mobile USA.) On April 12 MetroPCS shareholders will vote on the deal.

Paulson and Co., the largest MetroPCS shareholder, has come out against the deal, saying that while it has “strategic merit,” the terms don’t favor MetroPCS.

Another shareholder, P. Schoenfeld Asset Management, filed a proxy statement with the U.S. Securities and Exchange Commission Feb. 28 asking for a special meeting of the shareholders ahead of the vote.

The plaintiffs said in a filing, according to the report, that the defendants—MetroPCS CEO Roger Linquist and directors Arthur Patterson and W. Michael Barnes—”acting recklessly, in bad faith, and in conscious or reckless disregard of their duties, caused MetroPCS to issue a materially false and misleading March 2013 statement.”

They believe that T-Mobile will disproportionately benefit from the deal.

Legere, at the New York event, insisted that the deal will be approved, “despite the greedy hedge funds trying to take a double dip.”